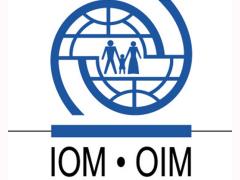 31 August 2012, Sweetcrude/African Press Organization (APO), GENEVA, Switzerland – Today the last of eight barges transporting over 2,700 returnees and their luggage will dock at Juba Port after a three-week passage from Renk in Upper Nile State.

The convoy of three passenger and five luggage barges left Renk, where over 16,000 returnees from Sudan remain stranded, on August 10th. Returnees disembarked at ports in Upper Nile, Jonglei, and Lakes as the convoy made its way to the capital.

IOM medical staff screened returnees boarding the barges in Renk to check their fitness to travel and prevent the spread of communicable diseases. Children under the age of five were also vaccinated. A doctor, two nurses and a midwife also travelled with each passenger barge.

But numerous cases of malaria, diarrhea and acute respiratory infections (ARIs) were recorded and there were two confirmed deaths. Some 24 returnees were hospitalized on arrival in Bor and 17 in Juba.

IOM medical staff in Juba note that South Sudan, where average life expectancy is 42, has some of the world’s worst key indicators for health. Returnees, many of whom suffer from malnutrition which affects their immune systems, are particularly vulnerable to disease.

But the barge convoy that arrives in Juba today may be the last, given that IOM South Sudan has no more donor funding for transport.

But IOM will organize onward road transportation for the returnees who arrived today from Juba to their final destinations in the Greater Bahr el Ghazal region.

Earlier this week, an IOM convoy of 71 trucks and buses left Juba for Aweil in northern Bar el Ghazal – a five-day road journey – carrying 185 families and their belongings.

Since South Sudan became independent in July 2011, IOM has provided onward transportation assistance to final destinations for over 63,000 vulnerable returnees.