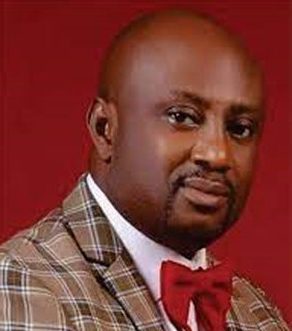 This is as Labour has reportedly vowed to resist and reject the planned fuel price increment by the federal government.

Obele described the current leadership of NLC as a toothless bulldog that can only bark without biting, urging the national executives to hide their faces in shame, for failing the masses.

He explained that the government will dare them (NLC) by increasing the present pump price of fuel above N220 in a short time, and labour leaders will not do anything about it as usual.

“Nigerians don’t take labour leaders serious anymore. What we have is a political labour leadership with membership cards of the two biggest political parties in Nigeria.

“It must be remembered that a labour union besides fighting for the rights of workers must also see to it that they are discharging their oversight responsibilities, agitating the living standards of workers is a critical objective of labour, but the contrary is the case at the moment.

“National labour leaders are supposed to be a watch dog to the Federal executive council and a voice of the citizens against marginalization, poor economic policies that are perceived to bring hardship upon the people, oppression or welfare of workers, etc”

Obele said under the watch of the present leadership of Labour, unfourable tragedies have been meted on Nigerians, while the voiceless labour leadership “stay at the comfort of their offices to drink tea with cracker biscuit.”

These unfavorable conditions, according to IPMAN, are, “Price of PMS moving from N97 to N163, and soon to be increase above N200 as proposed.

“Aggressive rise in price of commodities, otherwise called inflation which is presently put at 17.4percent; Helpless protest by Nigeria Youths aka #Endsars.

“Refusal of the federal government to fix the four Nigerian own refineries; Rapid retrenchment and sack of workers nation wide;The worsen insecurity in the nation.”

IPMAN therefore urged the present crop of labour leaders to emulate the leadership style of their predecessors, who, he said achieved many things, including reversal of the privatization of the nation’s refineries.

“Labour leadership championed the transition from military regime to democratic era we enjoy today. They succeeded in balancing the national minimum wage.

“Federal government before now can not dare labour leadership to increase PMS price arbitrary. Pensioners were the priority of previous Leaderships of Labour.

“Campaign against casualization ended at the inception of the present leadership of Labour. The present degree of insecurity and economic recession could call for the attention of previous labour leadership.”