Iran rejects Trump offer of talks as a dream, without value 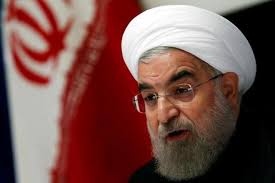 01 August 2018, London — Senior Iranian officials and military commanders has rejected U.S. President Donald Trump’s offer of talks without preconditions as worthless and “a dream”, saying his words contradicted his action of reimposing sanctions on Tehran.

In May, Trump pulled the United States out of the multilateral deal concluded before he took office, denouncing it as one-sided in Iran’s favor. On Monday, he said that he would be willing to meet Rouhani without preconditions to discuss how to improve relations.

Iran’s foreign minister said that Washington should blame itself for ending talks with Tehran when it withdrew from the nuclear deal.

“U.S. can only blame itself for pulling out and leaving the table…Threats, sanctions and PR stunts won’t work,” Mohammad Javad Zarif said in a tweet.

The foreign ministry spokesman said Trump’s offer to negotiate with Tehran contradicted his actions as Washington has imposed sanctions on Iran and put pressure on other countries to avoid business with the Islamic Republic.

“Sanctions and pressures are the exact opposite of dialogue,” Bahram Qasemi was quoted as saying by Fars news agency on Tuesday.

The head of the powerful Revolutionary Guards equally dismissed Trump’s tentative offer, saying the Islamic Republic was not North Korea.

“Mr Trump! Iran is not North Korea to accept your offer for a meeting,” Guards commander Major General Mohammad Ali Jafari was quoted as saying by Fars News agency.

“Even U.S. presidents after you will not see that day,” he added.

The head of Iran’s Strategic Council on Foreign Relations said Tehran saw no value in Trump’s offer, made only a week after he warned Iran it risked dire consequences if it made threats against Washington.

“Based on our bad experiences in negotiations with America and based on U.S. officials’ violation of their commitments, it is natural that we see no value in his proposal,” Kamal Kharrazi was quoted as saying by the semi-official Fars news agency.

The Strategic Council on Foreign Relations was set up by Supreme Leader Ayatollah Ali Khamenei to help formulate long-term policies for Iran.