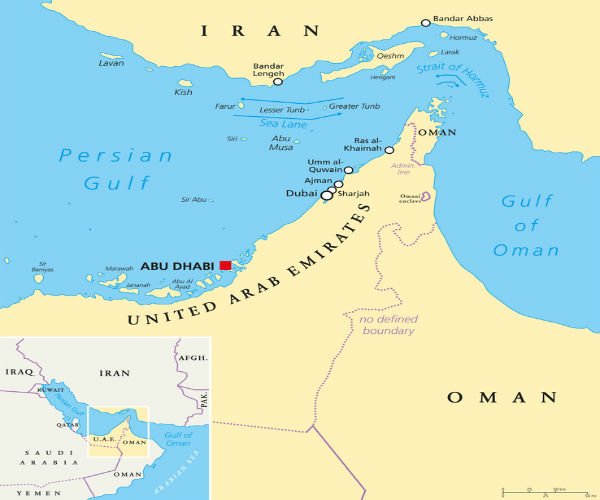 05 July 2018, Houston — Iran will stop oil exports from the Strait of Hormuz, the world’s most important oil chokepoint, if the U.S. succeeds in halting crude sales from the Persian Gulf nation, a Revolutionary Guards official said.

“Any hostile attempt by the U.S. will be followed by an exorbitant cost for them,” said Esmail Kowsari, deputy commander of the Sarollah Revolutionary Guards base in Tehran, according to the Young Journalists Club, affiliated with Iran’s national broadcaster. “If Iran’s oil exports are to be prevented, we will not give permission for oil to be exported to the world through the Strait of Hormuz.”

The Strait of Hormuz is at the mouth of the Persian Gulf, the world’s biggest concentration of tankers that carry about 30 percent of all seaborne-traded crude oil and other liquids during the year. President Donald Trump decided in May to back out of the 2015 nuclear accord with Iran, with sanctions set to be renewed in November. The U.S. threats come amid rising tensions, pitting Iran against Saudi Arabia and other Gulf Arab nations who maintain close ties with Trump.

Kowsari comments follow remarks by Brian Hook, the State Department’s director of policy planning, who said Monday that the U.S.’s “goal is to increase pressure on the Iranian regime by reducing to zero its revenue from crude oil sales.”

The U.S.’s threat recently to prevent Iranian oil exports “called for a swift and smart stance” from Iran, Kowsari said, praising Iranian President Hassan Rouhani’s reaction on Tuesday who said “it’s an incorrect belief that all oil producers would be able to export and Iran would be the only country unable to export oil.”

Rouhani’s comments “were a warning to regional countries,” said Masoud Goudarzi, a member of the Iranian parliament’s national security committee, according to the chamber’s news website. “In backing the U.S., countries in the Persian Gulf are pursuing interests that will harm the Islamic Republic and so won’t accept this.”

U.S. President Donald Trump has called for Saudi Arabia to boost production to make up for potential losses from Iran and Venezuela. The White House said over the weekend that King Salman bin Abdulaziz affirmed that Saudi Arabia has 2 million barrels a day of spare production capacity “which it will use if and when necessary to ensure market balance and stability, and in coordination with its producer partners, to respond to any eventuality.”

Iran, OPEC’s third-biggest oil producer, exported 2.28 million barrels a day of crude in June, according to the Oil Ministry.