Tehran — Iran is expected to lead the Middle East refining industry by contributing around 31% of refining capacity additions from planned and announced (new-build) projects by 2024, says GlobalData, a leading data, and analytics company.

The company’s report, ‘Global Refining Industry Outlook to 2024 – Capacity and Capital Expenditure Outlook with Details of All Operating and Planned Refineries’, reveals that Iran is expected to add around one million barrels per day (mmbd) of refining capacity, entirely from planned projects with identified development plans by 2024.

Adithya Rekha, Oil and Gas Analyst at GlobalData, comments: “In Iran, a total of six upcoming refineries are expected to start operations between 2020 and 2024. The Siraf refinery, which is likely to begin operations in 2023, is the major upcoming project in the country with a refining capacity of 360mbd.” 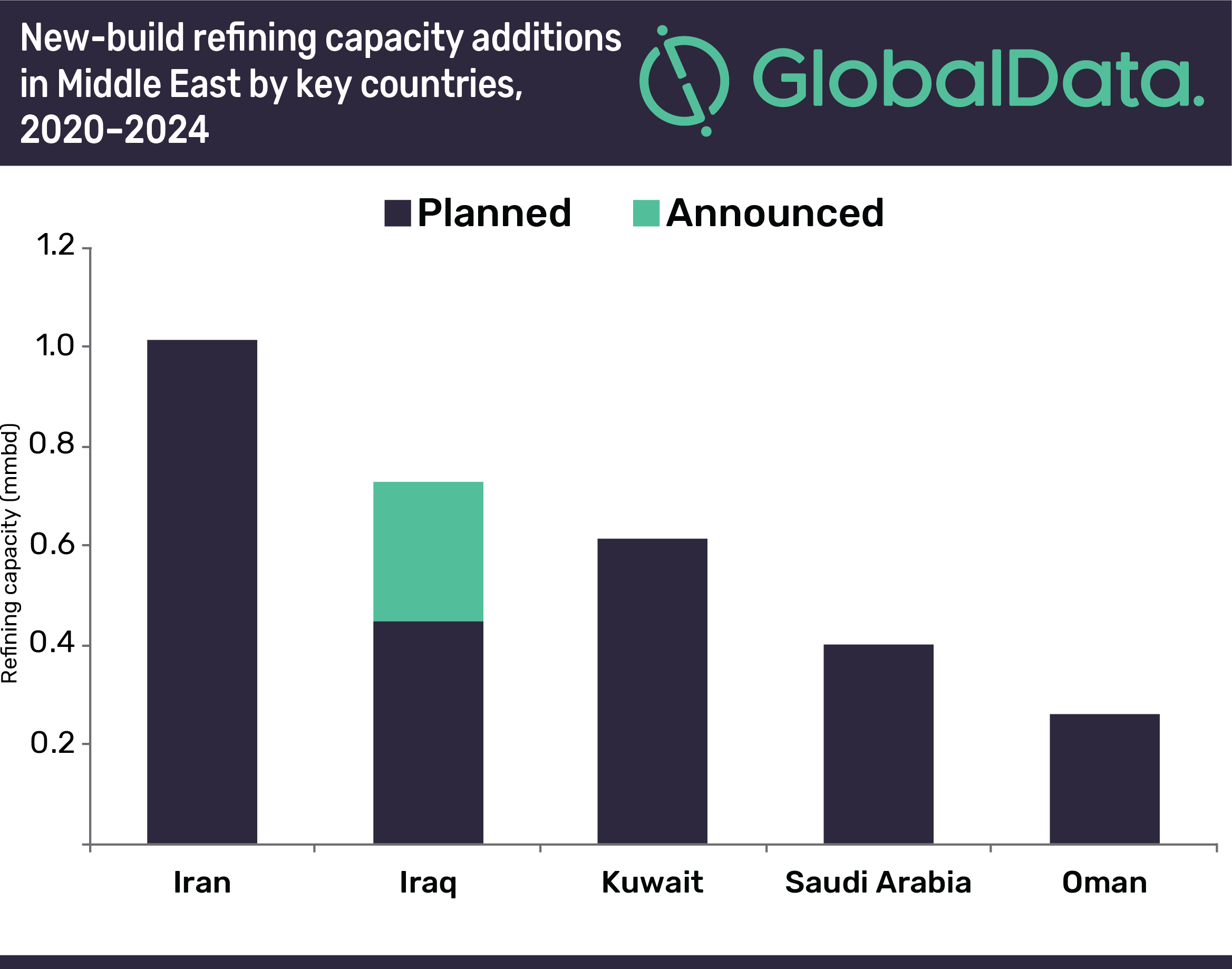 GlobalData expects Iraq to be the second largest country in the Middle East in terms of planned and announced refining capacity additions. The country is expected to add 730 thousand barrels per day (mbd) of refining capacity by 2024. Karbala, Maysan, and Kirkuk III are the major upcoming projects in Iraq with refining capacities of 150mbd each.

Kuwait is the third largest country in the Middle East with entire capacity additions expected from the planned Al-Zour refinery project. Al-Zour is likely to start operations in 2020 with a refining capacity of 615mbd.