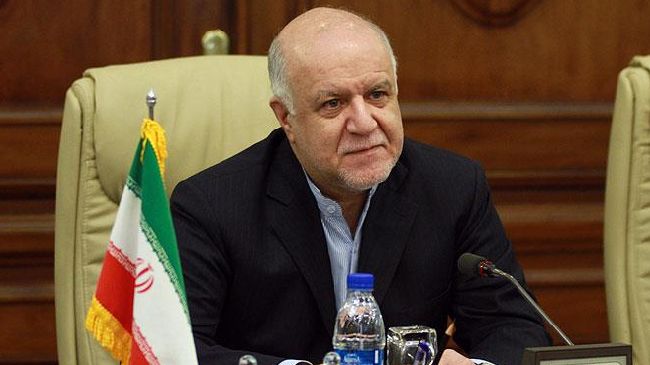 London — Iran has said it will join the Organization Petroleum Exporting Countries, OPEC, to extend the oil cut pact for the rest of the year.

The country’s told reporters on Monday that he would support prolonging output cuts by six to nine months despite current challenges in getting its oil out to its customers.

Tehran has in the past objected to policies put forward by Saudi Arabia, another OPEC member, saying Riyadh was too close to Washington.

“I have no problem with a production cut … It’s going to be an easy meeting as my stance is very clear,” Zanganeh told reporters upon arriving in Vienna.

Although the United States is not a member of OPEC, it has, however, demanded Saudi Arabia to pump more oil to compensate for lower exports from Iran after fresh sanctions over its nuclear program.

OPEC and its partners have been reducing oil output since 2017 to prevent prices to prevent market flooding from the United States.

Russian President Vladimir Putin said on Saturday he had agreed with Saudi Arabia to extend existing output cuts of 1.2 million barrels per day, or 1.2% of global demand, by six to nine months – until December 2019 or March 2020.

Saudi Energy Minister Khalid al-Falih said the cut would most likely be extended by nine months.

“It’s a rollover and it’s happening,” Falih, whose country is the de facto leader of OPEC, told reporters on Sunday.

The output-cutting pact expired on Sunday. OPEC meets in Vienna on Monday followed by talks with Russia and other allies, a grouping known as OPEC+, on Tuesday. The Monday meeting is not expected to start before 1100-1200 GMT.

Zanganeh said he would not object to deepening the cuts but expressed frustration that Putin had announced the deal at a G20 summit in Osaka before waiting for OPEC to gather in Vienna.

“The important thing to me is that OPEC remains OPEC. It has lost its authority and it’s on the verge of collapse,” Zanganeh said. “Iran is not going to leave OPEC but I believe OPEC is going to die with these processes.”

Zanganeh also said he would reject a proposal to sign a new charter for cooperation with non-OPEC, led by Russia: “I believe it is not the time to discuss this matter because inside OPEC we have a lot of difficulties.”

Iran’s exports have plummeted to 0.3 million barrels per day in June from as much as 2.5 million bpd in April 2018 due to Washington’s fresh sanctions.

The sanctions are putting Iran under unprecedented pressure. Even in 2012, when the European Union joined U.S. sanctions on Tehran, the country’s exports stood at around 1 million bpd. Oil represents the lion’s share of Iran’s budget revenues.

Washington has said it wants to change what it calls a “Corrupt” regime in Tehran. Iran has denounced the sanctions as illegal and says the White House is run by “mentally retarded” people.

“Worsening tensions between the U.S. and Iran added the potential for oil price volatility that could be tricky for OPEC members to manage,” said Ann-Louise Hittle, vice president, macro oils, at consultancy Wood Mackenzie.