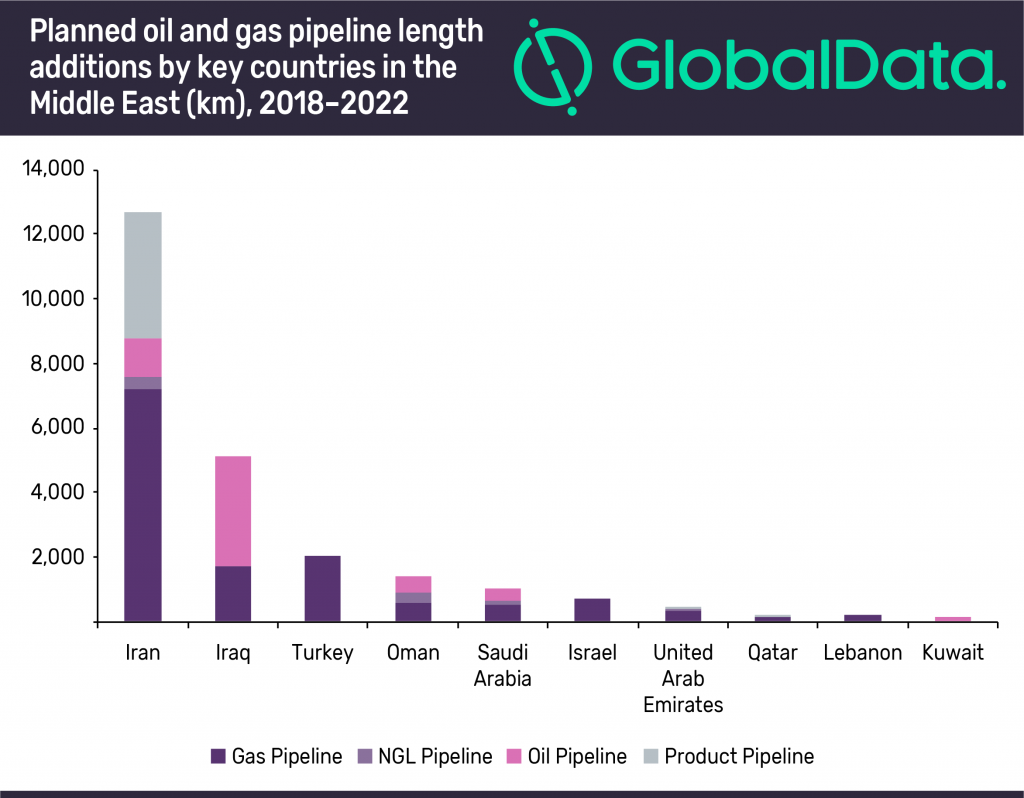 This is contained in a report by GlobalData, a leading data and analytics company, titled: ‘Oil and Gas Pipelines Industry Outlook in the Middle East to 2022’.

Iran has new build capital expenditure (capex) of around US$22.3bn for the forecast period. Iranian Gas Trunkline–IGAT IX is the longest planned pipeline in the region and is expected to start its operations in 2020, with a planned length of 1,900.0 km and diameter of 56.0 inches.

Soorya Tejomoortula, Oil & Gas Analyst at GlobalData, comments: “Iran is planning to ramp-up its oil and gas production, which in turn is necessitating the new pipeline network. The country is also planning a couple of long natural gas pipelines for exports to Greece and Oman.”

Tejomoortula adds: “Iraq is planning two multibillion-dollar pipelines to Jordan for export of oil and gas. The country is also planning a pipeline to Turkey for oil exports from the mature Kirkuk field.”

Turkey is the third highest among the countries in the Middle East, in terms of oil and gas pipeline length additions as well as new build capex spending with around US$5.8bn planned investment during the forecast period. Turkey is expected to add around 2,030 km of planned and announced oil and gas pipelines by 2022.

The report also states that the three longest planned and announced oil pipelines in the region by 2022 are Basra–Aqaba Oil pipeline in Iraq, Genaveh–Jask pipeline in Iran, and Iraq–Turkey II pipeline with lengths of 1,700 km, 1,000 km, and 970 km respectively.