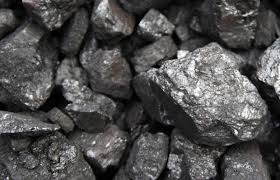 News wire — Iron ore futures in Asia tumbled on Monday, with losses widening after the Chinese authorities launched an investigation into the spot market as prices of the key steelmaking ingredient remained high despite repeated warnings against hoarding and speculation.

The most-active July contract on the Singapore Exchange fell as much as 5.7% to $195.05 a tonne, the lowest also since June 8.

China’s state planner, the National Development and Reform Commission (NDRC), and the State Administration for Market Regulation vowed to “strictly punish and disclose” market irregularities such as hyping prices and hoarding.

The authorities visited the Beijing Iron Ore Trading Center to discuss works to ensure supplies and stabilise prices, according to a NDRC statement.

Spot prices had held ground above $200 a tonne over the past three weeks, despite government efforts to rein in commodity inflation partly driven by speculative trades that helped propel iron ore to a record peak above $230 last month.

Both Dalian and SGX benchmarks, however, were already under pressure when trading began, as sentiment was hit by a seasonal slowdown in construction activity in top steel producer and consumer China.