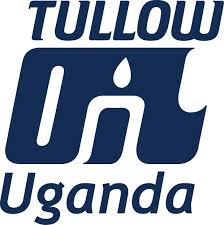 18 January 2017, Kampala – Finding success where others don’t. This was the New York Times headline on July 3, 2012. The article was describing how Tullow Oil Plc, an Irish company, was opening up frontiers in Kenya and Uganda where others had found the least success.

Tullow often prides itself as a company that follows the rift valley – a reason it gives for its success in Uganda. Tullow’s Uganda success was driven by another wildcat oil company, Energy Africa, a South African exploration company. Tullow acquired it for $500m (Shs1.8 trillion) at the time.

Hardman Resources had in June 2006 struck commercial oil quantities – the first for Uganda. Tullow had been around Uganda but its success was rather low-key. Then it saw an opportunity and also acquired Hardman Resources in 2007 for $1.1 billion (Shs4 trillion). This gave the oil company more acreage and an opportunity to grow its reserves. In 2010, Tullow then acquired the assets of Heritage Oil for $1.45 billion (Shs5.2 trillion), making it a holder of all the licenced exploration assets in the Albertine region.

After a 12-year stay, Tullow Oil appears to be quietly easing out of Uganda. The oil firm now holds a less than 12 per cent interest in Uganda’s oil discoveries after it farmed down to Total E&P, selling 21.57 per cent shares to the French company. The asset sale cost $900m (Shs3.2 trillion). Of that cash receivables are $200m (Shs720 billion) and $700m (Shs2.5 trillion) will be used in the development phase as the country heads into oil production.

Tullow, CNOOC and Total had been equal partners with 33.33 per cent stake each in Uganda but now Total is the major oil company with 54.9 per cent shares.

That deal by Tullow ends over three years of speculation that Tullow would eventually leave Uganda.

Bet on Uganda pays off

The big bet in Uganda has presented the oil company with an opportunity to make money even before oil production starts. When Tullow made an entry into several frontiers such as Ghana, Senegal and Ethiopia, it had been all about exploring for oil. The Uganda bet ensured they got that through the acquisition of several companies and discoveries. At one point, in 2012, Tullow held about 4.5 billion barrels of recoverable oil in the Albertine region as assets still on the ground.

It should be noted that Energy Africa and Hardman Resources acquisitions were made for those companies that were operational beyond Uganda. The most significant transaction that made Uganda a big bet was when Tullow paid $1.45 billion to acquire Heritage Oil assets in 2010. These assets combined with Tullow’s were packaged and sold to Total and CNOOC for equal shareholding at $2.9 billion (Shs10.5 trillion). Then now with the issuance of production licences to Total and CNOOC, Tullow has reduced its shareholding further down for $900m. In total, including investment costs, Tullow Oil could have generated over $800m as capital gains on the asset sales.

In October 2016, Mr Paul McDade, the chief operating officer Tullow Oil Plc, paid a courtesy visit to Uganda as part of the company celebration to mark 30 years of existence. He was a relieved man because Tullow had just received five oil production licences after waiting government’s decision for at least three years.

During his speech, he pointed out that Uganda’s oil extraction costs are rather low but he also played down any exit plans.

“We look forward to the next 30 years in Uganda,” Mr McDade told several company executives who had gathered for celebrations at the time. His assurances came with applause, including from Ms Irene Muloni, the Energy minister. However, there were still murmurs in the room, with some doubting why Tullow Oil Plc would stay when it is in serious need of cash and the Uganda assets could get back some cash. Well, those murmurs were right.

“The deal will secure future cash flow for the Group from one of the industry’s few truly low-cost development projects without any additional cash requirements expected,” Mr Aiden Heavey, the CEO Tullow Oil Plc, said in a statement that announced the farm-down to Total.

Tullow’s next 30 years in Uganda will be as minority players or will be no player at all. Even when they stay on with the minority interest, Tullow will no longer be an operator in Uganda.

“Once this transaction has completed, Tullow will cease to be an operator in Uganda but will retain a presence in-country to manage its non-operated position,” the Tullow statement reads, in part. Total will acquire 21.57per cent out of Tullow’s existing 33.33 per cent stake in all of the Lake Albert project licences EA1, EA1A, EA2 and EA3A. Total, which is already operator of licences EA1 and EA1A, will, in addition take over operatorship from Tullow of licence EA2.

The rumour around Tullow started when oil prices plunged from $110 a barrel to below $40 at one point. This stressed the financial standing of the oil explorer and was forced to reduce capital expenditure and lay-off workers. That was in 2014. Then, it was thought that Tullow was considering a stake sale to Total. However, this deal was held back at the time because there were no production licences issued to Tullow yet. Tullow is a significantly small player in the oil industry if compared to Total that operates across the world in the entire value chain of petroleum and gas. The implications of the low oil price on its balance sheet were visible and about 150 employees have been laid-off since.

Additionally, Tullow also noted that it would not participate in the first competitive round of bidding for new exploration licences. All they did was express interest through a subsidiary in Australia. However, they did not go ahead to submit a bid even after attending the bidders’ conference. But even before the low oil price environment, Uganda and Tullow have had a relationship that is not entirely clear cut.

Uganda was Tullow’s best pot of oil over the years considering what the prospects for production were with anticipated returns. To get to where it is now, Tullow has not had it easy in Uganda. The first struggle in Uganda was the battle with ENI of Italy for Heritage Oil assets in 2010. For Tullow to acquire those assets it took some shrewd negotiations and lobbying that included paying Heritage $1bn instead of $1.45bn for the deal. Tullow had deducted the Capital Gains Tax (CGT) that the Uganda government had assessed as the tax payable. Then came Wikileaks in 2010 when diplomatic cables that were leaked quote a Tullow official alleging that ENI wanted to bribe its way to secure the Heritage licences. The December 2009 leaked cables reveal a conversation between Mr Tim O’Hanlon, Tullow Oil’s regional vice president for Africa and Ambassador Lanier of United States.

“O’Hanlon referred to minister Mbabazi, who facilitated an August 2009 meeting between ENI and Tullow, as ENI’s ‘patron’ in Uganda, and said ENI created a shell company in London – TKL Holdings – through frontmen Mark Christian and Moses Seruje – to funnel money to Mbabazi,” the cables read. Tullow officials flew into Uganda to apologise to the government.

Tullow pulled through this one and eventually farmed down to Total and Cnooc. The farm down also resulted in a tax dispute that went into arbitration. The Uganda government wanted capital gains tax of about $407m (Shs1.5 trillion) from Tullow. However, Tullow contested it in court. The case went from the Tax Appeals Tribunal in Uganda to the London Court of Arbitration. The two parties reached a settlement of $250m (Shs900 billion) in 2015.

As Tullow was dealing with this, oil prices were crumbling and then it hit a snag in the Ngassa discovery, on the shores of Lake Albert. Tullow in 2014 announced that the Ngassa discovery had proved an economic and was being handed over to the government. The Ngassa write-off cost Tullow $65m (Shs234 billion). Oil production licences had also delayed and as part of the farm down to Total and Cnooc, Tullow was expected to deliver on the licenses. In 2014, Tullow had to forego $115m (Shs414 billion) due from Total and Cnooc because of delayed project approvals.