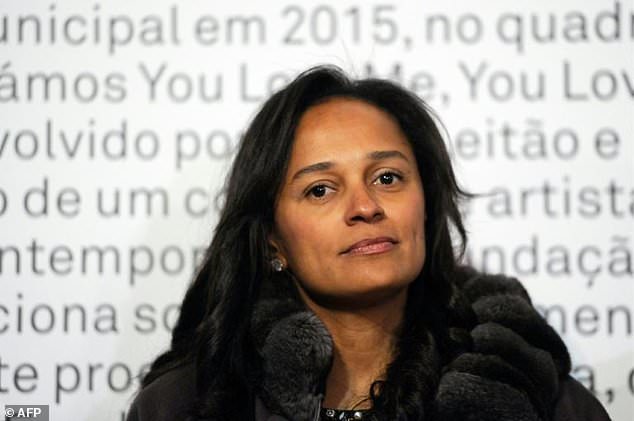 15 November 2017, Sweetcrude, Lagos – Angolan President Joao Lourenco dismissed Isabel dos Santos as chair of the state oil company Sonangol on Wednesday, in what appears as a move against the family of the former president.

Isabel dos Santos is the eldest daughter of Angola’s former president and a British-educated billionaire businesswoman dubbed the richest woman in Africa.

Analysts said the change was likely aimed at cementing Lourenco’s power and trying to avoid a decline in production at the country’s biggest company, which has come under fire from international partners for delays in approving projects.

Reuters reports that the daughter of Jose Eduardo dos Santos, who ruled Angola for 38 years until stepping down in September, was replaced by Carlos Saturnino, the president’s office said in a statement.

Saturnino, an oil veteran who was fired by Isabel dos Santos from Sonangol last year, was most recently Secretary of State for Oil.

“The pressure on her has been growing from the presidency over the last month,” said Alex Vines, head of the Africa Programme at London’s Chatham House.

Oil accounts for a third of Angola’s gross domestic product and over 95 percent of its exports, according to the World Bank, making the leadership of Sonangol one of the most important and powerful jobs in the southwest African country.

Isabel dos Santos, who was sacked on Wednesday, was seen as possible successor to her father Jose Eduardo dos Santos. Her investments in Angola and former colonial ruler Portugal are worth about $3 billion (2.5 billion euros), according to Forbes magazine.

José Gime and André Lelo were reappointed as non-executive directors.

Among those dismissed were Sarju Raikundalia, a senior PwC executive who was brought in to clean up Sonangol’s finances, and Eunice Carvalho, who previously worked for Chevron and was leading a restructuring at the company.

Isabel dos Santos became Sonangol chair in June 2016. Although her appointment was condemned by many as cronyism, it was widely applauded by oil analysts who regarded her as having the power to make necessary reforms at a company in turmoil after a plunge in the price of oil.

But the successful businesswoman was unable to turn around the oil giant, and delays in approving new projects gradually infuriated international partners.

In an interview with Reuters last month, she said the restructuring was a long-term process and could take up to five years.

But politics moved too quickly for that.

After the election, international oil companies operating in Angola wrote to Lourenco outlining grievances with the state of the industry, widely viewed as a criticism of Isabel dos Santos’s leadership.

“Isabel dos Santos is out and now it is up to the new board to show results in a short timeframe, or they will also lose credibility,” a source at an international oil company in Angola said.