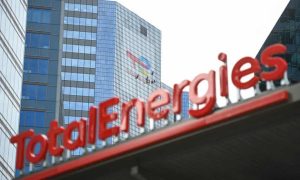 Jerusalem/Paris — A senior Israeli official was in Paris on Monday for talks with TotalEnergies SE about potential future profit-sharing from exploration by the company in a natural gas field off Israel and Lebanon, a source briefed on the matter told Reuters.

Prospects for the Qana field, long disputed by the neighbouring countries which are technically at war, have been at the heart of U.S.-mediated efforts to demarcate a maritime border between them.

A draft deal that both countries have given preliminary nods to would entail Israel getting partial royalties from future commercial exploration under Lebanese licence in Qana, Israeli Prime Minister Yair Lapid said on Sunday.

Lior Schillat, director-general of Israel’s Energy Ministry, was in Paris “speaking with officials form Total,” said the source, who declined to be identified by name or nationality.

“The aim of the meetings is to set up a mechanism whereby Total would pay Israel a portion of the royalties from any gas it produces in Qana,” the source said.