Italy gas storage will be near full before winter, Eni CEO says 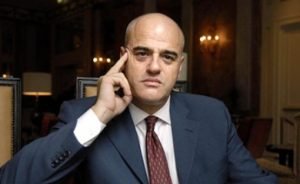 Milan — Italy will have its gas storage nearly full ahead of the winter, the chief executive of energy group Eni said on Thursday.

Nonetheless, the supply situation is tight, and the country should be alert to uncertainties that could arise in case of a colder winter or unexpected problems with energy infrastructure, Eni CEO Claudio Descalzi said.

Last year Italy sourced 40% of its gas imports from Moscow, and Eni was the country’s biggest importer of Russian gas.

With supplies coming from Russia’s Gazprom curtailed to around 10% of previous volumes, or around 15-20 million cubic metres (mcm) per day, Italy has turned to Algeria and the Nordics to gradually replace that supply.

In addition to finding new gas supplies, Rome needs to boost its import capacity for liquefied natural gas (LNG) to increase flexibility in its energy supply.

“With the Russian gas no longer giving us flexibility, we must have regasification terminals… They are a key point for the coming winter,” Descalzi said, speaking at a digital conference.

“We have the possibility of increasing (storage capacity) by 5-7 bcm with many depleted fields in order to have a much bigger buffer that gives redundancy in the infrastructure”.

Redundancy – or surpluses – in gas supplies and energy infrastructure can help the country keep a lid on energy prices, he said.

Asked about the possibility of European countries agreeing to a temporary price cap for gas coming through pipelines, Descalzi said such a measure should have been imposed soon after Russia invaded Ukraine.

“It is a very simple idea and should have been implemented immediately, it would have saved us months of speculation and fear,” he said.