It’s illegal to subject anyone to molestation during strike – Ngige 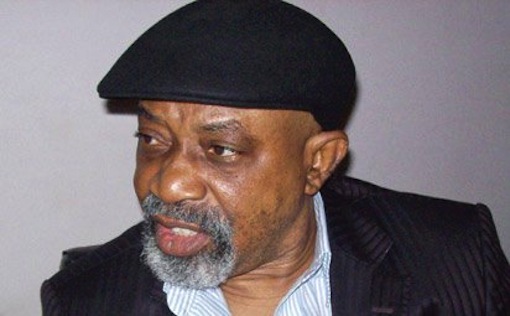 30 July 2018, Sweetcrude, Abuja — Minister of Labour and Employment, Dr. Chris Ngige, has warned workers that it was illegal to subject any person to molestation during picketing or strike.

Dr. Ngige, who gave the warning in response to the strike by staff members of the Energy Commission of Nigeria, ECN, quoted Section 42 of the Trade Unions Act to support his warning.

According to him, it was illegal for a section of the staff members of the agency to have been on four-week strike over the re-appointment of Prof. Jidere Bala as the Director General of the commission.

Maintaining that no person or union had the right to query the powers of the President over appointments, the minister, in statement by the Director of Press, Ministry of Labour and Employment, Mr. Samuel Olowookere, said: “Section 169 and170 of the 1999 Constitution of the Federal Republic of Nigeria established the Public Service of the Federation while Section 171(2)(d) of the same Constitution confers on the President, Commander-in-Chief of the Armed Forces of Nigeria, the power to appoint the Permanent Secretary in any Ministry of Head or any Extra-Ministerial Department of the Government of the Federation. It is therefore imperative that all unions understand this and be properly guided.

“It is similarly important to remind the striking workers that Section 42 of the Trade Unions Act, CAP T14 of LFN, 2004 makes it illegal to subject any person to any kind of constraint or restriction in the course of picketing or strike in an Organization. The striking workers should therefore allow the non-union members and the re-appointed Director General to go about their lawful business without further molestation or hindrance.

“We wish to also warn that if the striking workers fail to heed this wise counsel, Government will invoke all its powers to ensure that Prof Eli Jidere Bala who has been re-appointed as the DG of ECN by the President is protected to assume office accordingly.”