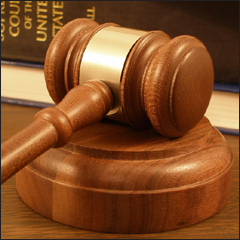 22 October 2011, Sweetcrude, Abuja- The Federal High Court in Abuja handling the case of Nigeria’s missing $12.4 billion funds did not sit as scheduled on Friday, with judgement in the case being adjourned indefinitely.

Judgement was originally fixed for Thursday July 28, 2011. But, the court said on that day that the judgement was not ready.

The case was instituted by Registered Trustees of Socio-Economic and Accountability Project (SERAP) and five other right groups.

They are seeking the publication of the controversial Okigbo Panel report on the much publicised $12.4 billion dollars oil windfall, which the country recorded between 1988 and 1994 under former Military President, Ibrahim Babangida’s government.

Till date, the money had been unaccounted for while Babangida had kept sealed lips on the matter, leading to public outcry.

Sola Egbeyinka, one of the lawyers for the rights groups who was present in court, said hearing notices will be sent to the parties on the next adjourned date for the judgement.

The non-governmental organisations had dragged the Attorney- General of the Federation (AGF) and the Central Bank of Nigeria (CBN) before the Abuja court, asking the court to make an order compelling the apex bank and the AGF to publish detailed accounts relating to the spending of the money.

They also sought for an order of the court compelling the respondents to diligently and effectively bring to justice any one suspected of corruption and mismanagement of the $12.4 billion oil windfall.

They also want an order directing the respondents to provide adequate reparation, which may take the form of restitution, compensation, satisfaction or guarantees of non-repetition to millions of Nigerians that have been denied their human rights as a result of the respondents’ failure and/or negligence to ensure transparency and accountability in the spending of $12.4 billion oil windfall between 1988 and 1994.

Experts say Friday’s indefinite adjournment might be problematic in the light of Section 194 (1) of the 1999 Constitution (as amended), which provides that, “Every court established under this constitution shall deliver its decision in writing not later than ninety days after the conclusion of evidence and final addresses and furnish all parties to the cause or matter determined with duly authenticated copies of the decision within seven days of the delivery thereof.

According to the plaintiffs, “The need for information regarding the spending of $12.4 billion oil windfall is important to promote transparency and accountability in the management of public resources and to fulfil Nigeria’s international obligations to promote the development of the country.

“Access to information of this nature is especially important in this country, which is struggling to establish the rule of law and democracy in the face of underdevelopment, poverty, illiteracy and diseases. The right of access to information is also crucial to the realisation of all other human rights, including the peoples’ right to their natural wealth and resources.”

Earlier, the Attorney-General of the Federation and Minister of Justice, Mohammed Adoke (SAN) and the Central Bank of Nigeria have faulted the former Chief Justice of Nigeria Idris Legbo Kutigi over his enactment of the Fundamental Rights (Enforcement Procedure) Rules 2009, arguing that he “exceeded his constitutional powers by liberalising the rules on locus standi, permitting public impact litigation, and allowing the inclusion of the African Charter on Human and Peoples’ Rights in the Rules.”

Both the AGF and CBN insisted that they could not find the Okigbo report, and had no duty to render account on the spending of the accrued revenue.

The Plaintiffs disagreed, arguing that “such duty exists on the basis of Article 9 of the African Charter, which has become part of our national laws. Also, the Freedom of Information Act has just been enacted which also imposes a legal duty on public institutions and agencies to render account, and allow access to public documents.”

The CBN also argued that “only the AGF as a defender of public interest has the right to seek information on the spending of the $12.4 billion oil windfall,” saying that the Plaintiffs have no such right.

The Plaintiffs countered by saying that it was “the failure of the AGF to carry out his duty in this respect,” that prompted their legal action against the government in the first place.

The suit no FHC/ABJ/CS/640/10 was brought under the Fundamental Rights (Enforcement Procedure) Rules 2009.

It would be recalled that a coalition of six civil society groups led by Socio-Economic Rights and Accountability Project (SERAP) sued the AGF and CBN in September 2010, seeking information on how $12.4 billion oil windfall of between 1988 and 1994 was spent.

The AGF is represented in the suit by SN Nwosu, while the CBN is represented by Nwanrere and Magashi.
The plaintiffs also argued that: “The diversion and/or mismanagement of the $12.4 billion oil windfall is a violation of Nigerians’ right to natural resources and wealth and to economic development, as recognised and guaranteed by 21 and 22 of the African Charter on Human and Peoples’ Rights (Ratification and Enforcement) Act).