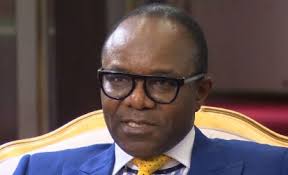 The minister on Friday, said he could not speak on the country’s stand on the issue.

Nigeria, during OPEC/non-OPEC meeting in July, agreed to cap production at 1.8 million barrels per.

However, shipping data has showed continuous increase in the country’s exports.

“I can’t disclose that” he told Reuters when asked whether Nigeria would agree to join OPEC’s production cap at the group’s November meeting.

On Thursday, news broke that OPEC had invited Nigeria to its meeting next month to discuss further capping possibilities.

However, in July, the country’s exports dropped to 1.84bpd.

August’s loading data showed that exports will surpass 2 mbpd, more than OPEC’s 1.8mbpd quota for the country. Exports of 2.02mbpd was booked for August, alongside 970, 000 bpd of Akpo condesate.

The August plan compared with 1.84 million bpd initially planned for July, but loading delays on Bonga, Bonny Light and Qua Iboe pushed several of the July cargoes into August.

It is expected that eight cargoes of Chevron’s Agbami or 252,000 bpd will be loaded in August, while two cargoes or 61,000 bpd of Total’s Amenam will be shipped for export.