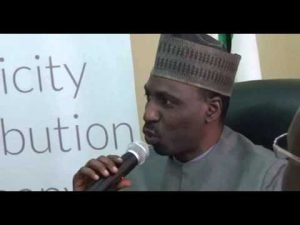 Kaduna — The management of Kaduna Electric has announced the resolution of “the disquiet occasioned by the action of one of the in-house unions”.

Workers of electricity distribution company had last week shutdown the headquarters of the company, its area and outstation offices in Kaduna State as they protested alleged non-payment of salaries and non-remittance of their two years pension to the Pension Fund Administration.

The workers, led by union officials under the auspices of the National Union of Electricity Employees, NUEE, locked down the company premises and used their vehicles to barricade the main entrance to the corporate head office in Kaduna.

Vehicles, carrying inscriptions such as: “Pay our two years pension to PFA”, “Pay us our salary in full,” and “We say no to modern-day slavery”, blocked the main entrance to the company while the workers chanted solidarity songs.

But, Kaduna Electric, in a statement made available to SweetcrudeReports, said all issues raised by the workers had been resolved.

“All issues raised have been addressed and normal operations have been restored in all our offices and cash centres.

“As we have said, this sad incidence has again called to question the undue pressure being exerted on distribution companies by regulatory agencies which make it exceedingly difficult for them to effectively discharge their obligations to the market and other stakeholders,” the statement read.

The company urged its customers to be rest assured of its resolve to continue to provide uninterrupted services in spite of the stifling effects of recent regulations.