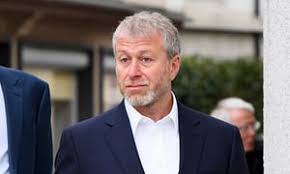 03 August 2018, News Wires — Kaz Minerals shares plunged after it said it was expanding into Russia with a deal to buy a copper project in Baimskaya for $900 million from a group of investors including Chelsea soccer club owner Roman Abramovich.

Miners are especially keen for new copper mines to meet demand for the conductor used in electric vehicles and grids, but many have ruled out Russia as too politically complicated.

Baimskaya was one of the world’s most significant undeveloped copper prospects and the deal was part of the transformation of the firm, Kaz Minerals, which until now has focused on low-cost copper production in Kazakhstan, said on Thursday.

Shares in Kaz Minerals were down nearly 30 percent to 580 pence at 1310 GMT following the announcement of the cash and share deal, with analysts pointing to the risks involved.

Jefferies cut its recommendation on the shares to “hold” from “buy” and its target price to 650 pence from 1,350 pence.

The deal includes an initial $675 million for a 75 percent stake and a deferred payment of $225 million for the remainder.

Aristus Holdings Ltd, a company owned and controlled by a consortium of investors including Abramovich, was named as the seller of the project.

Abramovich did not comment on the sale, but John Mann, a spokesman for one of the Russian billionaire’s investment vehicles, said Kaz Minerals was “well-placed to take this project to the next level”.

Kaz Minerals chairman Oleg Novachuk said it would deliver “both value and volume as the copper market is forecast to enter a period of significant supply deficit”.

Once onstream, which should be in around 2026, it will bring the company’s copper output to an estimated 500,000 tonnes per year. This is equivalent to the amount of copper Rio Tinto’s giant underground extension in Mongolia is expected to add to supplies from the next decade.

Analysts at UBS said in a note that Baimskaya was transformational for Kaz Minerals, but it viewed the risks as greater than in Kazakhstan.

Norilsk Nickel (Nornickel) had expressed an interest in buying Baimskaya in 2015 and a figure of $750 million was discussed, according to evidence heard by London’s high court in June.

The court dealt a blow to Abramovich when it found he did not have the right to sell shares in Nornickel.