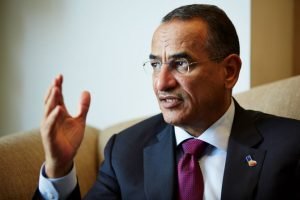 “Parliament rejects the motion…and renews confidence in him (the minister),” KUNA said.

Last week, 10 members of parliament submitted a motion to hold a no-confidence vote on Minister of Oil, Electricity and Water Bakhit al-Rashidi, following questions about his management of the oil portfolio.

Rashidi took over the post in the Gulf state last December in a cabinet reshuffle after the previous cabinet resigned when its information minister was questioned by parliament.