Kuwaiti crude oil to be shipped to Vietnam refinery 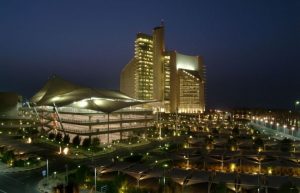 01 August 2017, Kuwait — Kuwait Petroleum Corporation (KPC) is preparing to ship two million barrels of Kuwaiti crude oil to the Vietnam refinery to supply it with quantities required for operations.

Through the marketing sector, the company will continue sending other shipments later in accordance with agreements concluded in this regard, Minister of Oil and Minister of Electricity and Water Essam Al-Marzouq said in a press statement.

The Vietnam refinery, built in the Nghi Son area, is one of Kuwait Petroleum International Q8 vital projects outside Kuwait, designed to refine Kuwaiti crude oil by 100 percent, and with a refining capacity of 200,000 barrels per day, Al-Marzouq added.

The implementation of this project began in July 2013 and took 43 months to complete, the minister noted.

Al-Marzooq stressed the importance of Q8’s project to strengthen Kuwait’s international oil relations with Vietnam and global partners, also to meet KPC’s objectives of providing a secure outlet for Kuwaiti crude oil in the long run.

The project of the Vietnam refinery reflects the vision of KPC and its firms to reach a leading position in the refining, marketing and petrochemical industry and to excel at performance levels as well as enhancing the benefit of Kuwaiti crude oil.