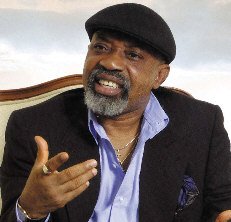 28 March 2018, Sweetcrude, Abuja – Organised labour has expressed hope that the current Federal Government probe of the N62.3 billion mismanagement at the Nigeria Social Insurance Trust Fund, NSITF, will put the Fund in proper shape to deliver on its mandate.


According to the United Labour Congress of Nigeria, ULC, the probe will go a long way in sanitising the industry and make it fulfill the aims and objectives of its existence.

“The Fund which was set up to bring succour to the working class has been looted over the years that it has not been able to fulfill the reason for its establishment. The current probe is, therefore, a welcome one and we hope that after the probe, NSITF, will be put in proper shape to deliver on its mandate,” General Secretary of the union, Comrade Didi Adodo, said.

The Federal Government had last month constituted an administrative panel of inquiry to investigate how N62.3 billion was mismanaged by the former management and board of the Nigeria Social Insurance Trust Fund.

Minister of Labour and Employment, Dr. Chris Ngige, who inaugurated the panel, announced a compulsory 30 days leave in the first instance for officers of the Fund to enable the panel to carry out its assignment without hindrance.