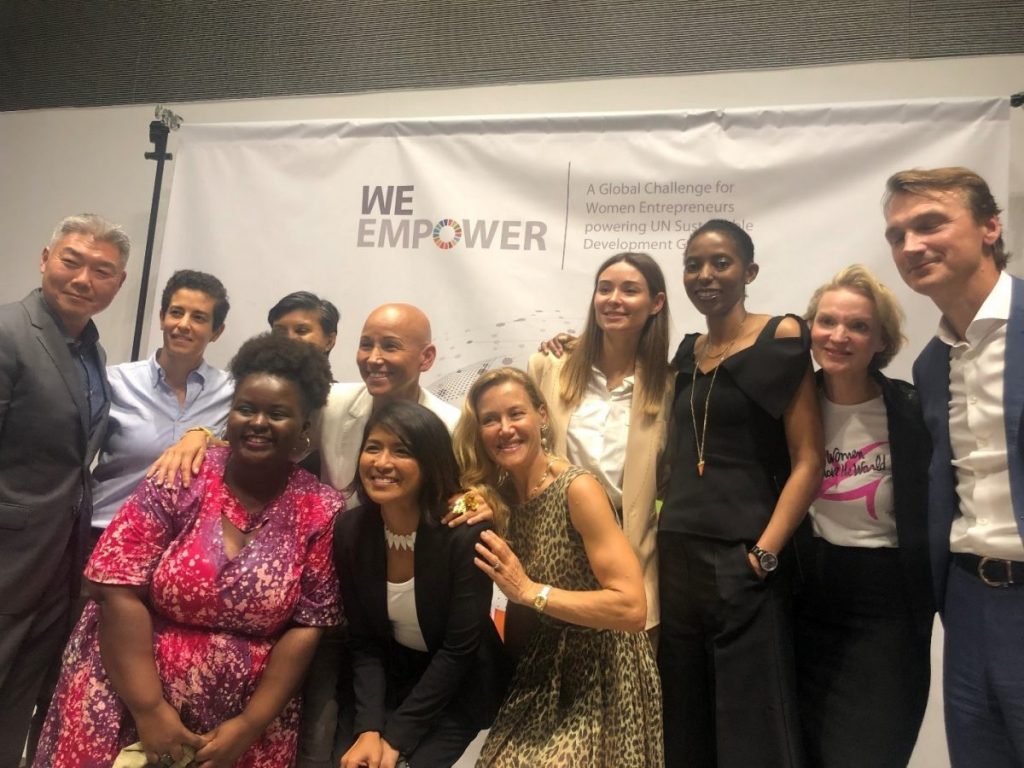 New York — The Managing Director of LADOL Free Zone, Dr. Amy Jadesimi was one of the five industry leaders chosen to select the winner of the Global WeEmpower female Entrepreneurship challenge at the just concluded United Nations General Assembly week in New York.

The WE Empower UN SDG Challenge is the first-of-its-kind global business competition for women entrepreneurs who are advancing the UN Sustainable Development Goals and inspiring entire communities to act to create the world we want by 2030.

The WE Empower Challenge honours five women entrepreneurs, one from each of the five UN regions, who are advancing the SDGs through their business practices. The opportunity recognises their innovative work, provides capacity-building training sessions and high-level advocacy opportunities to the awardees, and ignites awareness about the valuable contribution women entrepreneurs can make toward the SDGs.

The $20,000 grant was awarded to Leah Lizarondo, CEO and Co-Founder, 412 Food Rescue but all five of the awardees were highly commended.

After judging the pitches Dr. Jadesimi commented: “WeEmpower is putting brilliant female entrepreneurs on a global stage. All 5 of the awardees were impressive – both in terms of the bankability of their business models and their passionate dedication to the SDGs. These are the business models of the future. The mainstream financial sector is largely oblivious to such opportunities, meaning they are also great undervalued investment opportunities. Sustainable businesses, such as these, will be the drivers of global prosperity. 80% of the 680 million new jobs the world needs will come from SMEs. We need to exponentially expand the work of organisations such as WeEmpower, so that millions of sustainable businesses and business leaders can be identified and supported across the world.”

“As part of LADOL’s ongoing development we will be developing infrastructure and facilities to support a range of sustainable entrepreneurs and SMEs – developing innovative customised solutions for the West African market.”

Dr. Amy Jadesimi (MD LADOL), “Investing in female entrepreneurs with sustainable business plans is one of the most lucrative ways to help ensure achieve the SDGs”
like us facebook