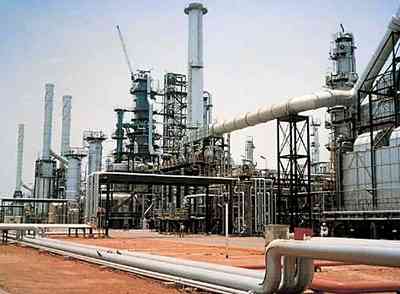 Lagos — The House of Representatives has accused top management staff of the state oil firm, NNPC of preventing the optimal productivity of the Warri Refining and Petrochemical Company due to selfish interests.

The accusations were made following a motion by Ben Igbakpa on the commencement of operations at the plant.

According to their findings, revealed that the refinery had not operated optimally due to allegedly top Management decisions of the Nigerian National Petroleum Corporation to “ground the plant for personal benefit from marketers importing products that can be produced in the refinery”.

The House expressed concerns that the plant had severally shut down due to haulage challenges, neglect in the evacuation of products, lack of functional or operational storage tanks and poor maintenance culture on the part of management which also constitutes another reason for the refinery non – functionality.

“Aware of the alleged plan to ground the plant from refining products by members of the top echelon of the Warri Refinery in collaboration with the Chief Operating Officer (COO) as well as diverting crude meant for refining;

“Also aware that when crude oil is delivered from Escravous tank farm for refining, the products are hoarded for about 14 days and thereafter diverted through the refinery jetty to interested buyers (or specific companies they have special interests in) who pay less. The resultant effects of this perceived economic sabotage is that the plant is brought down because no crude to refine as it has been diverted;

“Further aware that when it became apparent that the Management of Warri Refinery have abandoned their responsibility of maintaining the Plant, the staff of the Refinery on several occasions contributed their monies to buy materials and tools to fix faulty equipment;

“Alarmed that currently, most of the spherical tanks used for storage of Liquefied Petroleum Gas (LPG) have been leased out to Kwale Hydrocarbon Nigeria Limited (KHNL), a private company while other storage tanks are being leased out to private interests all in a bid to ensure that the Warri Refining and petrochemical company remains shut down indefinitely, even when the said Refinery has the production capacity of 75 %;

“Cognizant that the Federal Government has officially confirmed the return of fuel subsidy, as the Petroleum Products Pricing Regulatory Agency (PPPRA) has on 11 March 2021 fixed the pump price of PMS also known as petrol, at N212.61 per liter, for March, which the Minister of State for Petroleum Resources and NNPC has denied yet petroleum marketers sell between N175 – N200 depending on the location;

“Also cognizant that the increase is due to the shutdown of local refineries and create the cost elements of the commodity which the Petroleum Products Price Regulatory Agency ( PPPRA) analyzed as comprising the addition to the ex-coastal price of average lightering expenses, Nigerian Maritime Administration (NIMASA) charges, jetty throughput charges, storage charge and average financing costs with the inclusion of retailers’ margin has now brought the pump price of the commodity to 212.61 per liter;

“Believes that all that was required was routine maintenance to further improve the operating capacity of the refinery which the local manpower was very capable of providing and have demonstrated same overtime to make the price of Premium Motor Spirit (PMS) affordable;

“Also believes that the commencement of local production will help to mitigate the incessant and upward price adjustment of the petroleum products, ameliorate the hardship and inflation that comes with such exercise to Nigeria and Nigerians,” the lawmakers said.

The House said they were aware that the Plants were operating at an output of around 115m3/hour which translates to about 68% installed capacity, saying products that were being supplied from the Refinery included; Premium Motor Spirit (PMS) or Petrol, Automotive Gas Oil (AGO), Kerosene (DPK), LPG, Low Pour Fuel Oil (LPFO) for Ships and Industrial Fuel and Carbon Black.

They added that the Warri Refining and Petrochemical Company is mandated to produce refined product from mainly local crude and that the three main sections of the production department, namely: reforming, crude distillation and catalytic cracking units have operated for the past (8) years due to the efforts of it personnel.

The House urged the Group Managing Director, GMD of the Corporation to immediately commence operation of the Warri refinery to improve on the production capacity.

They also urged the General Managing Director, NNPC to furnish the Committee on Petroleum Resources (Upstream) with details and circumstances surrounding the storage lease which are not disposing of the company.

The members also mandated the Committee on Petroleum (Upstream) to investigate the failure, refusal and/or neglected of the NNPC to address the haulage challenges, and the inadequate storage tanks affecting the Warri refining and petrochemical company to forestall the frequent shutting down of the refinery, and report back in 4 weeks.