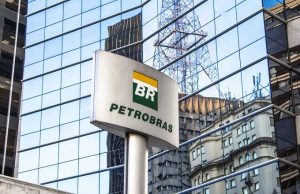 The tumult came after Petrobras, the world’s most indebted oil company, had appeared to turn the corner on years of graft and mismanagement, delivering the highest profit since 2013 and the first dividend in 3 years in the first quarter.

Those results were helped by rising oil prices which should have pumped up revenue further at Petrobras in the second quarter, analysts said.

The company is expected to notch net income of $1.505 billion in the quarter, according to consensus estimates, up from $96 million in the year-ago quarter, when they were depressed by a one-off tax-related charge.

However, a court decision halting privatization of state company assets without congressional approval, ahead of wide-open presidential elections in October, means the company may struggle to meet its debt reduction targets.

And investors are still concerned about what the diesel price controls mean for Petrobras’s balance sheet.

“The number-one question mark for the earnings report will be: to what extent has the government-enforced fuel price cut curtailed profitability in the downstream segment,” said Pavel Molchoanov, an analyst at Raymond James.

The dimming prospects for Petrobras mark a major shift for the oil company which saw its share price soar in May before the trucker strike to its highest point since 2010, ahead of a massive probe into graft that showed that its contractors conspired to bilk it out of billions by overcharging it for projects.

Since then, the company has cut costs, improved governance rules, slashed debt through asset sales and let its fuel prices track international markets until the May truckers’ strike.

But in July, Petrobras was forced to suspend the sales of its gas pipeline company Transportadora Associada de Gas (TAG), which was expected to fetch north of $7 billion, as well as its Araucaria fertilizer factory, after a supreme court judge ruled Congress had to approve privatizations.

The ruling cast a pall over planned sales of the company’s refineries, already less attractive thanks to government diesel price controls, and called into question the company’s ability to reduce a remaining $84 billion in net debt.

Parente said in March the company would reach that target this year, or even exceed it if oil prices remained around $70 per barrel.

Elections that will install a new Brazilian president in January, add further uncertainty to the mix, with major candidates sharply divided over whether to ease or bolster the government’s role in the company.

Unpopular President Michel Temer has sought to curb fears of political intervention, promising to compensate Petrobras for holding diesel prices down under a subsidy program.

But Petrobras still hasn’t been reimbursed and many analysts remain unconvinced.

“The fact that the new pricing system couldn’t withstand its first test (of high oil prices and a weak currency) is troublesome,” said Allen Good, an analyst at Morningstar.