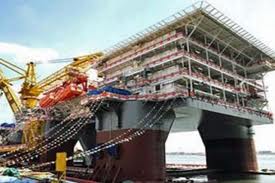 28 September 2011, Sweetcrude, Monrovia- Liberia must bring major reforms into its nascent oil sector in order not to lose the benefits that would accrue from oil, and to avoid corruption and “resource curse,” a new report has said.

The report, released Monday by Global Witness and the Liberian Oil and Gas Initiative (LOGI), said Liberia might have come a long way from the civil wars that led to the deaths of 250,000 people, but, serious governance problems persisted in the countyry.

“The decisions taken by the new government and international donors in the coming months could define (its) future: they must reform the sector now or risk continuing the corruption and instability of Liberia’s past,” said Jonathan Yiah of Sustainable Development Institute, a member of LOGI, in a statement.

The report said the Liberian oil-sector regulator, the National Oil Company of Liberia, or NOCAL, is riddled with a major conflict of interest because it both regulates the sector and is mandated as a company to profit from oil.

NOCAL also paid hundreds of thousands of dollars in “lobbying fees” to the Liberian legislature, Global Witness said, citing a report from the Auditor-General. The lobbying fees amounted to bribes, according to that report.

In an October 2010 interview with Global Witness, NOCAL’s then-president Fodee Kromah denied that the company paid lobbying fees. Previously, in a March 2010 interview, the company’s chairman said it was aware the payments were wrong, and they “were made after much discussion, consultations and reflection.”

The two organisations did credit Liberia with passing a law implementing the Extractive Industries Transparency Initiative and drafting an oil-sector reform policy, but found that the country is breaking that law.