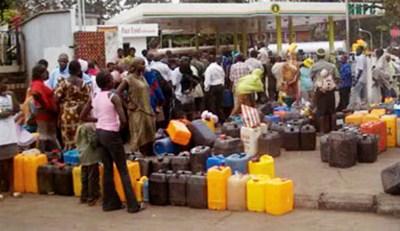 They want the government to quickly deregulate the downstream sector of the oil and gas industry “in order to save the national economy from ruin”.

Speaking at a briefing at the background of the 5th OTL Africa Downstream Conference taking place in Abuja, Executive Secretary of the Major Oil Marketers Association of Nigeria (MOMAN), Mr. Obafemi Olaowere, stated that the subsidy culture had engendered corruption in the system to the detriment of competition and economic expansion.

He noted that the argument by those opposed to deregulation that the poor would suffer when subsidy is removed is baseless since many poor people hardly enjoy the subsidy in the first place.

He was of the opinion that the government should engage different agencies and operators to properly enlighten the public on the benefits of deregulation to the economy.

He said: “The time to deregulate the downstream sector was yesterday; we are already wasting so much time. The states are going broke and soon will have no money to carry out normal everyday business of governance.

“We submit that if there is a legal way to deregulate by the Executive, it should go ahead and do so for the sake of the economy and future of the country. We shouldn’t deceive ourselves any longer.

“Deregulation is the only way to save our economy. Some of us will continue to say it whether it is emotionally or sentimentally palatable or not. The fact is we brought ourselves to this mess and we should work now to get ourselves out of it.

He argued that the government ought not to have introduced regulation when it did in the late 1970s, adding that with that, the current problem associated with it could have been avoided.

“The fact remains that until you deregulate, no investor will go and put his money into building any refinery when someone else will dictate to them how much to sell their products,” he said.

Olaowore admitted that initially there might be a marginal increase in the prices of petroleum products, but noted that competition will eventually crash these prices.

He further argued: “We are talking about full and total deregulation of the sector and not the partial deregulation the nation witnessed in the first six months of early years of democracy.

“If you recall, the small or partial deregulation we had in the early 2000’s brought about substantial investment in the downstream sector, and gave opportunities for many of the operators in the industry today.

“You can only imagine what the impact of full deregulation will bring to the industry as many investors will come in and build the refineries that we badly need to get our industry out of the doldrums it currently finds itself”.

He added that instead of worrying about the import of deregulation or otherwise, Nigerians should rather expend energy on finding ways to ensure that government judiciously applies the savings from the subsidy to improve the lives of citizens.

He urged Nigerians at all levels to mobilize and form committees to hold government to account for funds accruing from deregulation.

Olaowore noted that the only way to run a proper federation is to free up funds for states to do what they must to lift their people out of poverty, while private business is allowed to flourish.

According to him, deregulation of the oil and gas industry was the only answer to the present state of stagnation; any other issue that comes up after that, we can sit round a table as intelligent people do and resolve it.

Meanwhile, operators in the oil and gas industry have said that they are already primed to take advantage of a post-deregulated economy, pointing out that they have already started acquiring more farm tanks, haulage trucks and filling stations to cope with the expected expansion within the downstream sector.

Organizers of the conference explained that it is targeted at increasing value across the energy chain as well as to provide an opportunity for different operators to share linkages, network and knowledge for the development of the downstream sector of the nation’s oil and gas industry.