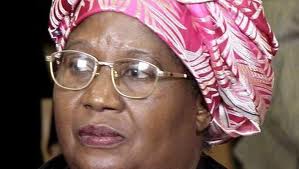 03 August 2013, Maputo — Technicians from Mozambique and Malawi will meet this month in Maputo to discuss a proposal to interconnect the two countries’ electricity grids.

The meeting will look at the amount of electricity needed for the project and other aspects for a future feasibility study. Discussions will also cover possible financial partners.

The link would take power from the Cahora Bassa hydroelectric dam in the western Mozambican province of Tete to Phombeya in Malawi. The distance between the Matambo sub station in Tete and Phombeya is just over 200 kilometres.

The project would also include extending the transmission line from Phombeya to the city of Nacala in eastern Mozambique. This would take electricity 800 kilometres along the Nacala Corridor.

According to the spokesperson of Malawi’s Department of Energy Affairs, Joseph Kalowekamo, the two sides will write a joint request to development partners to fund a feasibility study.

In April, President Armando Guebuza visited Malawi. One of the highlights of the visit was the signing of an accord on the electricity interconnection by Energy Minister Salvador Namburete and his Malawian counterpart Ibrahim Matola.

President Guebuza and President Joyce Banda witnessed the ceremony, along with representatives of the World Bank, AfDB and the Norwegian government.

Relations between the two countries have improved greatly since Joyce Banda became Malawi’s president in April 2012.

During the rule of President Bingu wa Mutharika the Malawian government refused to import electricity from Mozambique, preferring to rely on less efficient sources. Local analysts blame the frequent power cuts in Malawi on the postponement of the power interconnection project.

There are no reliable estimates on the cost of the project as the feasibility study has not even begun. However, observers have put the figure at about a hundred million US dollars.

Currently, less than ten per cent of Malawi’s population of 15 million have access to electricity.