Doha, QATAR – The Gas Exporting Countries Forum (GECF), the global platform of the leading gas producing nations, will be hosting the next in its signature GECF Gas Lecture Series on Monday 26 April 2021 at 11:00 a.m. Doha time.

Featuring Hazli Sham Kassim, President of Malaysian Gas Association (MGA), the lecture is entitled “Collaborative Government-Association Synergy for a Sustainable and Vibrant Gas Industry” and will be the 52nd lecture of the series and the fourth lecture for this year. 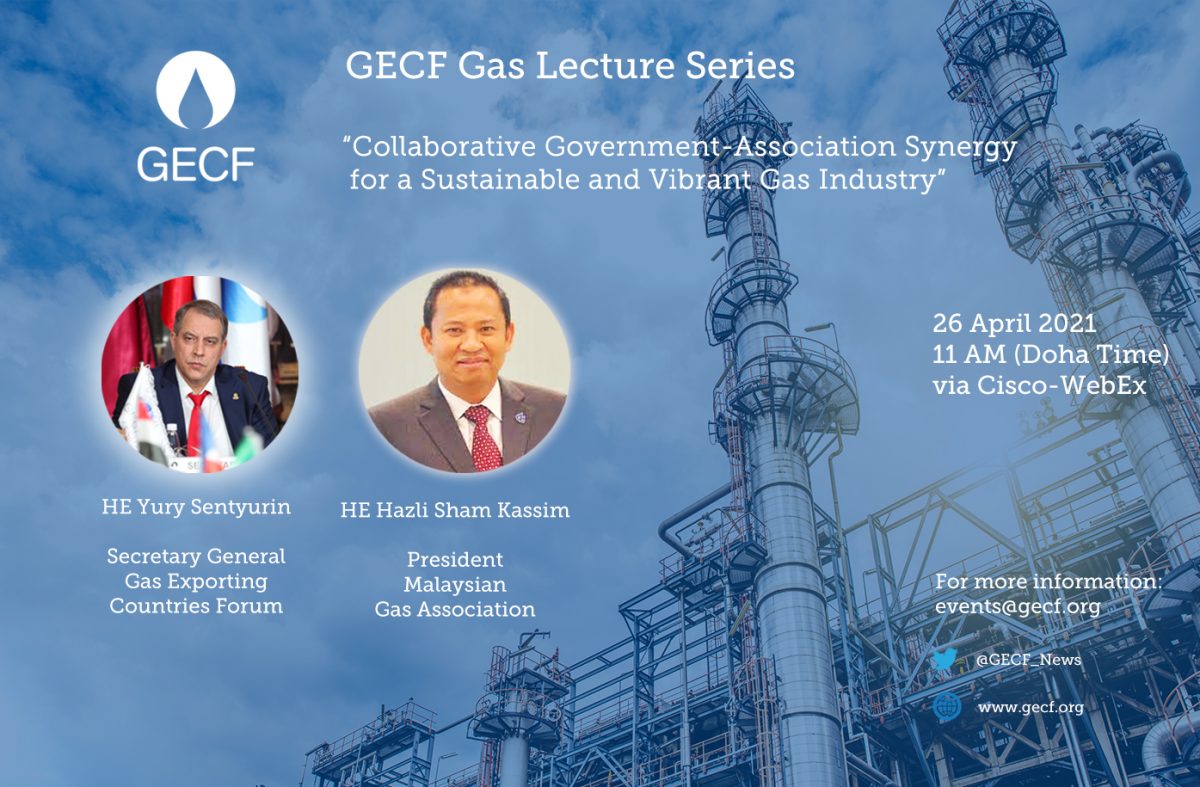 Hazli will be sharing with the GECF his expertise about the role of collaboration and cooperation between governments and gas associations in achieving a sustainable gas industry.

HE Kassim has been leading the Malaysian Gas Association (MGA) as its President since 2016. MGA is Malaysia’s leading advocate for the gas industry, playing a prominent role in promoting engagement, discourse, and dialogue with key stakeholders to develop the gas industry and fuelling Malaysia’s socio-economic growth.

Given his extensive exposure and knowledge, Kassim has been appointed as the International Gas Union’s Regional Coordinator for South & South East Asia to strengthen the region’s position in the global gas industry.

Since 2014, the GECF Gas Lecture Series has developed from a small and modest attempt to foster dialogue into a reputable platform of excellence – committed to the pursuit of high-quality debate, insights, and service to the gas industry.

Access to the online event is via registration which can be made here. More information about the GECF Events can be found on www.gecf.org.