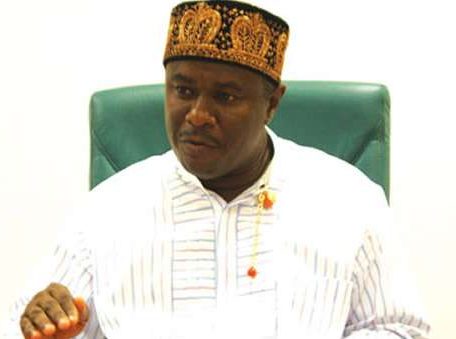 Lagos — The Nigerian maritime authorities appear to be in pains over the global perception of security situation in its territorial waters.

Consequently, the Nigerian Maritime Administration and Safety Agency, NIMASA, has said that the result of a well-coordinated maritime security solution will be a lower freight insurance premium and increase in maritime and other economic activities.

Disclosing this at the just concluded World Maritime Day celebrations in Lagos, Director General of NIMASA, Dr. Dakuku Peterside, said that there will also be an increase in the utilization of coastal and inland waterways for transportation.

Peterside, in a paper titled, “The Government Approach to addressing maritime security challenges in Nigeria”, also said that the domestication of international conventions will enhance the operationalization of the legal frameworks of these conventions in Nigeria.

Peterside agreed that there has been an increase in global concern for the challenges of Maritime in Nigeria, confirming that 78 out of the 83 kidnapped seafarers globally in 2018 were on the Gulf of Guinea.

He therefore, stated that the need to drive down the cost of shipping in Nigeria cannot be over emphasized.

Bello also disclosed that the European Shippers Council says Nigeria is bad news as far as maritime security is concern.

Bello stated: “Until the Nigerian youths are made to benefit from the gains of blue economy, we will continue to have youth restiveness.

Speaking in similar vein, Captain Sunday Umoren, Director of Seafarers Standard, NIMASA, said that the issue of insecurity in the Gulf of Guinea has given Nigeria a bad name.

Umoren who spoke at the third Annual General Meeting of the Maritime Security Providers Association of Nigeria, MASPAN, held in Lagos also said that as the huge deposit of hydrocarbon attract investors, so also are the bad guys attracted.

He said, “There is growing awareness that the trading in the Gulf of Guinea and especially the Nigerian waters are being undermined by multifaceted domestic, regional and international threats and vulnerabilities.

“It is a well-known fact that maritime security remains a key to maintaining the flow of revenue, especially from oil and gas sector.

“Blessings have become a Curse!! Rather than contributing to stability and economic prosperity in Nigeria, pervasive insecurity has plunged into our resource-laden maritime environment and resulted in fatalities, traumatized seafarers, dented reputation
“From the Chart, Africa ranks highest with 87 incidents representing 43.28% of the world total piracy incidents in 2018.

“Maritime insecurity in the Gulf of Guinea in particular presents a big security concern to both the region’s economy and the rest of the world.

“Nigeria as a major stakeholder in the region is working in consonance with other affected regional states to address the challenge.

“The shipping industry is presently experiencing automation and digitization of processes. Maritime Surface Autonomous Ships (MASS) promises to be next phase in global shipping.

“With this oncoming shipping evolution, there are some accompanying threats that States will have to battle to achieve holistic maritime security.

“Thus, the need for our readiness to address both traditional and cyber security threats.”