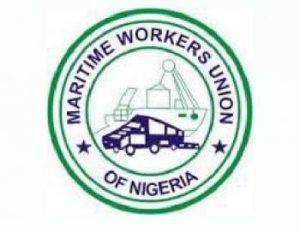 30 August 2018, Sweetcrude, Port Harcourt — Maritime workers, under the aegis of Maritime Workers Union of Nigeria and the Senior Staff Association of Shipping, Freight and Forwarding Agency, have shut down the Port Harcourt branch of a shipping firm, Murphy Shipping and Commercial Services.

The workers, 50 in number, who mounted a canopy on the entrance of the company, carried placards displaying various messages. They said they decided to shut down the company over the failure of the management to pay them salaries for over six months and other benefits such as leave allowances since 2014.

They also alleged that the management continuously deducted their pension funds without remitting the funds to their pension administrators.

Speaking to newsmen, the unit chairman of Maritime Workers Union of Nigeria, Murphy Shipping Branch, Comr. Morgan Reward, said picketing the company became the last option after they have sought the intervention of the Federal Ministry of Labour and the Rivers State House of Assembly, to no avail.

Reward explained that they have been picketing the company for the past seven weeks, and would head to court as well as involved their parent unions, the Nigerian Labour Congress and the Trade Union Congress if the company does not respond to them.

According to him, “We have served here for a long time, at an average of 15years. They are owing us six months salaries, apart from that they have been deducting our pension funds but have failed to remit to Pencom for over 32months.

“We have written to government agencies, including the Federal Ministry of Labour and Productivity, and the Rivers State House of Assembly committee on Labour, all to no avail.

“We have exhausted all means of addressing the issue so we decided to picket the company.

“We want them (the management of Murphy) to come and sit down with us for a dialogue to address the issues.”

Also Speaking, the Secretary-General of the Senior Staff Association of Shipping, Freight and Forwarding Agency (an affiliate of TUC), Comr. Chijioke Avuru said the picketing commenced since the 16th of July, 2018.

Avuru who explained that the attitude of the management of the shipping firm changed towards them since 2014, called on the Rivers State government to intervene in the matter.

“We have been suffering for over six months now. Six months salaries are being owed, no reason has been given by the management.

“Since we have been here, they have never come to address us. If they don’t want us to work for them again, they should just pay us off so we can all go home.

“Before we embarked on this action, we have written to the management but to no avail, we have held meetings to no avail.”

When contacted by our correspondent, the management of Murphy Shipping and Commercial Services refused to comment on the matter.

A management staff of the company, Adeola Agbabiaka, said she would not speak with a journalist whom she had no appointment while referring our correspondent to write an email to the corporate affairs department of the firm.