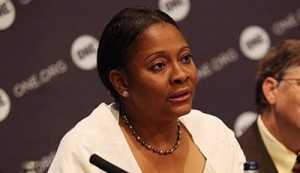 12 April 2014, Lagos – Equities’ transactions on the Nigerian Stock Exchange (NSE) closed on Friday in an upward trend as the the market capitalisation improved by N37 billion.

The News Agency of Nigeria (NAN) reports that the market capitalisation closed higher at N12.554 trillion from the N12.517 trillion posted on Thursday.

The increase in the market capitalisation is due to price gains. The All-Share Index also increased by 114.4 basis points to close higher at 39,083.66 as against the 38,969.26 achieved on Thursday.

An analysis of the price movement chart indicated that Forte Oil led on the gainers’ table by N12.57 to close at N135.27 per share.

It was followed by Transcorp, which exchanged 40.89 million shares valued at N149.27 while FBN Holdings traded 21.83 million shares worth N269.11 million.