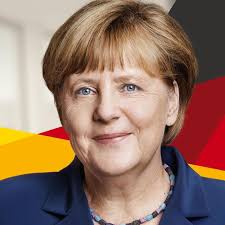 Speaking at the launch of a centre for education on climate, Merkel said the measures her government is due to approve on Wednesday would include a mechanism to monitor compliance with emission limits set for individual sectors.

Failure to approve the measures could derail her plan to pass the landmark package this year and erode the credibility of her right-left coalition, weakened by regional election losses and facing a mid-term review by the end of the year.

The environment, finance, economy and transport ministries last week failed to approve the final details of the package due to a dispute over the scale of measures intended to cut German greenhouse gases to 55% of their 1990 level by 2030.

“The question of monitoring is very decisive in the climate protection plan,” Merkel said in the southern town of Sinsheim. “I want to say clearly that this monitoring mechanism will be anchored in the plan in a crystal clear way, otherwise I would not let it be approved. This is due to happen on Wednesday.”

The mechanism will allow ministries to monitor which sector is meeting the emissions goals set in the bundle of measures and adjust targets based on progress. Some of the measures will need to be approved by both chambers of parliament.

The ministries are also at odds over how many tonnes of CO2 each of those measures will shave off Germany’s total emissions.

Hours before Merkel spoke, climate change activists began a week of protests by blocking traffic at a main square in Berlin.

Defying almost freezing temperatures, activists singing “Solid as a rock, rooted as a tree” gathered at dawn at the Victory Column near Berlin’s Tiergarten park.

At sunrise some were sleeping in insulated bags in the middle of the roundabout as police on motorbikes drove by. No arrests were made and the protest remained peaceful.

Police blocked the five avenues that converge on the roundabout to prevent cars and buses from reaching the demonstration, which would have resulted in traffic chaos during the morning rush hour.

By midday, the protest had swelled to 4,000, a policeman said, and a second main roundabout was also blocked by activists sitting in the middle of the road.

Other activists rode bicycles across the city to draw attention to their campaign, organised by the environmental group Extinction Rebellion, which held simultaneous protests in Amsterdam.

Activists and the ecologist Green party have been outraged by plans to introduce a carbon dioxide price of 10 euros ($10.97) a tonne for transport and heating in buildings from 2021 and gradually increase it to 35 euros in 2025.

Economists and activists had hoped for a starting price of at least 40 euros and point to Switzerland where that price is about 90 euros for heating with fossil fuels.

Merkel said the low price was designed to gradually convince Germans they must take measures to cut their carbon footprint or else risk paying more taxes.

The package, which has a price tag of 54 billion euros, will include raising car and air traffic taxes as well as increasing a road toll for trucks from 2023. It also includes extending subsidies for electric cars and broadening a charging network.

The government further wants to revive onshore wind turbine construction that has declined due to bureaucracy and citizens’ opposition. Building up renewable energy capacity is paramount given plans to phase out both nuclear and coal power plants. ($1 = 0.9113 euros)