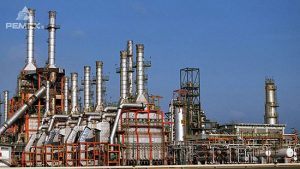 10 August 2018, Mexico City — Pemex’s Salina Cruz refinery has been shut down since Wednesday night due to a power outage and is scheduled to restart operations later on Thursday, a spokesman for state-run oil company said.

“It’s now in the process of starting up again in order to resume operations later today,” said a Pemex spokesman who spoke on condition of anonymity in line with company policy.

The Salina Cruz refinery, Pemex’s largest, has an installed capacity to process 330,000 barrels of crude oil per day (bpd).

As of June, the facility was processing slightly more than 200,000 bpd of crude, according to Pemex data. (Reporting by Veronica Gomez and Adriana Barrera; Editing by Frank Jack Daniel and Alistair Bell)