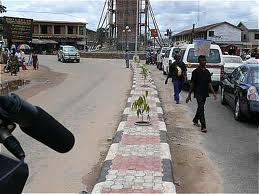 The consortium, compriosing Millennium Oil and Gas Limited, Emerald Oil and Gas and Hardy Oil Nigeria Limited, said it has so far made considerable investment toward the take off of the plant.

Leader of the group, Andrew Uzoigwe, who disclosed this at the Executive Chambers of Government House when the group paid a courtesy visit to Governor Theodore A. Orji, hinted that the group was the first indigenous venture to align with the Federal Government in the oil sector.

Uzoigwe said that during the period the group was carrying out initial tests, the atmosphere was not investor-friendly due to the activities of kidnappers., but expressed happiness that the situation was now back to normal.

He said the group was on the verge of getting its flow station, adding that it had already signed a memorandum of understanding with the host communities.

He solicited the support of the governor and noted that the group still has challenges with the Nigeria Security and Civil Defense Crops and Mobile Police that have besieged its operational base. Uzoigwe pleaded with the governor to prevail on the NSCDC operatives to vacate the base and also assist the group in the court case hanging on them as a result of communication gap.

“Now that we have finished the testing, we would like to go into commercial production so that the first product will be brought to you for us to showcase that indigenous companies can do better,” said Uzoigwe.

It would be recalled that NSCDC operatives arrested some staff of Ozza Joint Ventures Oil Field Limited for alleged illegal drilling of oil at Ukwa West barely a fortnight ago and charged them to court.

Governor Orji, in his response, however said if the organisation had earlier informed him of their activities in the state, nobody would have harassed them. He said that initial information reaching his office alleged that the oil firm was operating illegally until recently when he found out that was not the case, pledging the readiness of his administration to partner with the investors.