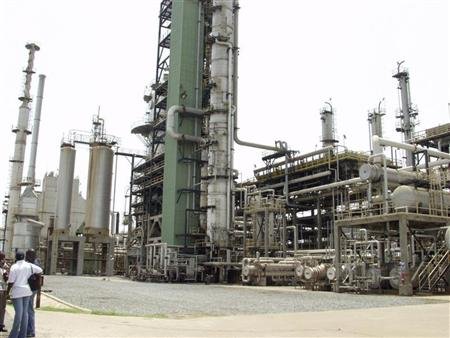 Port Harcourt — Mixed reactions from stakeholders, have continued to trailed the Federal Government’s approval of the sum of $1.5billion, for the rehabilitation of the Port Harcourt refinery.

For some stakeholders, it is a welcome development, while for others, it is a calculated political move, suspicious and unwise use of scarce funds, giving the prevailing economic situation in the country.

Former Vice President, Atiku Abubakar, has faulted the Federal Government’s move, describing the approval of $1.5 billion for the rehabilitation as overpriced, suspicious and unwise, following the increasing unemployment and inflation in the country.

Abubakar, said the nation’s four refineries should rather be privatized to enable them operate more effectively and efficiently, than wasting funds to rehabilitate them, especially giving the country’s debt profile.

“That Nigeria’s economy is in dire straits, is a fact well known both to the nation and to our international partners. Unemployment has just reached an all-time high of 33%, while inflation has hit another record high of 17%.

“Our refineries have been loss-making for multiple years, and indeed, it is questionable wisdom to throw good money after bad. At other times, I have counselled that the best course of action would be to privatise our refineries to be run more effectively and efficiently.”

Atiku Abubakar said the cost of rehabilitating the refinery was prohibitive, especially as Shell Petroleum recently sold its Martinez Refinery in California, USA, which is of a similar size as the Port Harcourt refinery, for $1.2

“We must bear in mind that the Shell Martinez Refinery is more profitable than the Port Harcourt Refinery.

“Given this discrepancy, might we ask if there was a public tender before this cost was announced? Was due diligence performed? Because we are certainly not getting value for money. Not by a long stretch.

“Our national debt has grown from N12 trillion in 2015 to N32.9 trillion today. We cannot as a nation expect to make economic progress if we continue to fund inefficiency, and we are going too deep into the debt trap for unnecessarily overpriced projects.”

For the Rivers State Governor, Nyesom Wike, the approval of $1.5billion, for the rehabilitation of the Port Harcourt refinery, is a calculated political move.

Governor Wike said there is really nothing to jubilate about the approval, because similar promises had been made in the past, particularly during election transition period, which never materialised.

However, for an Environmental Justice Activist, Mr Fyneface Dumnamene Fyneface, the planned rehabilitation of the Port Harcourt refinery it is a welcome development, as it will create jobs and also curb incessant fuel hike when completed.

Fyneface also urged the Federal Government to consider funding artisanal refiners to own modular refineries, in order to contribute to energy sufficiency in the country.

“The approval, coming at a time that Nigerians are grumbling over incessant hike in fuel price and energy crisis would go a long way to address these issues when completed. During the rehabilitation, jobs will be created for youths and experts across board.

“The approval also coming at a time that the Federal Government just organized a National Summit on the integration of Artisanal/Modular Refineries into the mainstream economy, is an indication that the Government is getting serious about increasing the nation’s domestic refining capacity, and ending petroleum subsidy regime that has been a conduit pipe of corruption in Nigeria.”