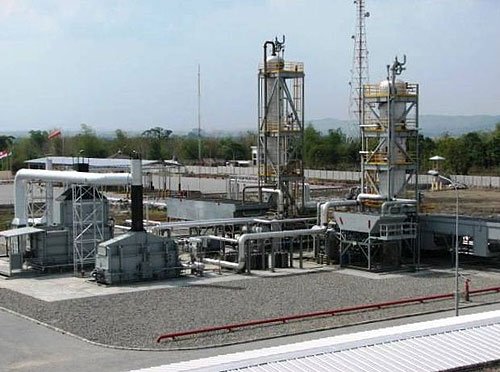 16 March 2018, Sweetcrude, Abuja – Minister of State for Petroleum Resources, Dr. Emmanuel Ibe Kachikwu, has said contrary to beliefs in certain quarters, the proposed modular refineries in the Niger Delta region of the country, could not bridge the petrol supply deficit Nigeria is currently experiencing.

Kachikwu stated this during a media briefing with State House correspondents at the end of the Federal Executive Council (FEC) in Abuja chaired by Vice President Yemi Osinbajo.

He noted, however, that the modular refineries would essentially address the menace of illegal crude oil refining rampant in the Niger Delta while saving the environment and providing more legal opportunities for the youth of the area.

The minister of state also pointed out that Nigeria’s dependence on importation of petrol would be adequately checked by fixing the existing four refineries to full production capacity by 2019 as well as the upcoming Dangote Refinery in Lagos, the proposed Nigeria/Niger joint refinery and another private refinery under construction.

According to him, “Modular refineries were not supposed to provide a sufficient solution to your product needs. Modulars are on the average between 2000 and 5000 maybe 10,000 at most capacity per refinery, your consumption is about 630,000 barrels per day.

“That is not the essence of modular. What modular was supposed to do for us is provide work within some of these communities where people are busy doing illegal refining. It’s not meant to address the refining product gap we have in the country.

“We are hoping that those gaps will be covered by a mixture of the three or four refineries that government owns currently, Warri, Port Harcourt and Kaduna and of course the Dangote refinery of 600,000 barrels.”

Meanwhile, the FEC approved the upward review of the contract sum for completion of Jare Earth Dam in Bakori local council of Katsina State from N3.7 billion to N9 billion.

Minister of Water Resources, Suleiman Adamu, explained that the project was abandoned for 12 years and some of the work have deteriorated but it is now expected to be completed in 36 months.

The Federal Capital Territory (FCT) Minister, Mohammed Bello, said he presented a review of the activities under his supervision from 2015 to date, which include 17 projects spanning water, rail and infrastructure.

He said FEC approved a new contract of N112.43 millions for infrastructure works in new Kasana district designed for mass housing projects, adding that the FCT intends to partner with professional bodies in the building sector to monitor compliance with mass housing regulations by developers.

He also said test-run of trains within Abuja city would commence in the next couple of weeks.