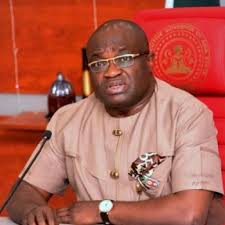 06 May 2018, Sweetcrude, Lagos — The Abia state government has signed a memorandum of Understanding, MoU with investors for the construction of a modular refinery in the state.

In a statement by the state’s information commissioner, the agreement was signed with two firms, to be sited in Ukwa West Local Government Area of the State.

Ukwa West has the highest volume of oil deposit in the state.

According to the statement, the agreement was signed in Umuahia, the state capital, adding that the Secretary to Abia State Government, Dr. Eme Okoro signed on behalf of the State Government.

According to Okiyi, the SSG assured the investors that the administration of Governor Okezie Ikpeazu would provide the enabling environment that would aid their investments.

Dr. Okoro called on other investors to come and invest in the State, as Abia remains one of the safest States in Nigeria with top quality infrastructure deployed by the Ikpeazu administration.

He assured the indigenes of oil producing communities in the state that they would benefit maximally from the oil refinery deal.