on: December 28, 2017In: Community Development, featured 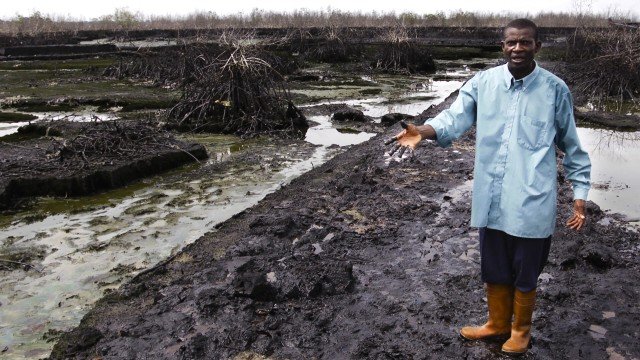 28 December 2017, Sweetcrude, Port Harcourt — The Movement for the Survival of the Ogoni People, MOSOP, has condemned RoboMicheal Limited and the Nigerian Army over an alleged forceful occupation of its secretariat in Bori, Khana Local Government Area of the Rivers State.

The Publicity Secretary of MOSOP, Mr. Fegalo Nsuke said heavily armed soldiers took over the secretariat of MOSOP forcing their way into the main hall to provide backing for a meeting between RoboMicheal and some Ogoni chiefs.

Nsuke explained that RoboMicheal forcefully occupied its secretariat and depicted a strong determination to crush and kill any Ogoni opposition against its intent to resume oil production in  Ogoniland.

He specifically called on President Muhammadu Buhari, to protect the Ogoni people from RoboMicheal and the Nigerian military.

According to him, “At about 1.00pm yesterday, December 27, 2017, two military tanks and about 10 trucks loaded with heavily armed soldiers took over the secretariat of MOSOP forcing their way into the main hall to provide backing for a meeting between RoboMicheal and some Ogoni chiefs.

“We are shocked that RoboMicheal, a strange company to the Ogoni people who claim to be the new operator of the Ogoni oilfields on its first visit to Ogoniland could only convey such a frightening and intimidating character reminiscent of the brutal years of General Sani Abacha.

“Indeed RoboMicheal Limited, yesterday demonstrated its inhuman side and true personality signaling real danger to the peace and security of our people.

“We demand a probe into the military occupation of our secretariat yesterday especially given the fact that we have not approved our secretariat for a meeting with RoboMicheal.

“MOSOP wants to reiterate that as an indigenous community, the only demand the Ogoni people have made to the Nigerian state is that our rights and dignity be respected and this is contained in the Ogoni Bill of Rights, Nsuke said.