Port Harcourt — As Nigeria joins to mark World Food Day, the Movement for the Survival of the Ogoni People, has called for stronger penalties against oil companies and businesses whose operations pollute the environment, which hinders food production. 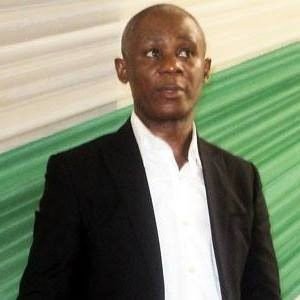 President of MOSOP, Fegalo Nsuke in his World Food Day 2022 speech said pollution has significantly reduced community capacity for food production in societies where legislation has been tolerant of reckless business practices that harm the environment.

The MOSOP boss regretted the Nigerian government has not done enough to checkmate the seeming liberty of oil firms to pollute indigenous environment and native lands, as there was little or no consequences to deter these actions.

Citing the Ogoni case, Nsuke said Shell had unleashed an ecological war on Ogoni lands presuming that the indigenous Ogoni people whose basic rights to self-determination had been denied in Nigeria would not have the courage and capacity to confront the company and the government over the pollution.

“The Ogoni environment which once had capacity to produce food for its population and was known as the food basket of the former eastern region of Nigeria has since become a wasteland wrecked by poverty and hunger due to dwindling food production capacity accelerated by massive crude oil pollution from the activities of the Shell Petroleum Development Company Nigeria Limited, a subsidiary of Royal Dutch Shell.”

Nsuke further condemned the government failure “to prosecute Shell for its role in the destruction of the Ogoni lands despite a scientific report published by the United Nations Environment Programme detailing SPDC’s reckless and ruthless pollution and its consequential effects on the life and survival of an estimated one million Ogoni people.”

“Nigeria has not done enough to protect indigenous communities from the unfair and reckless business operations of multinationals like Shell Petroleum. We would like to see stronger regulations to deal with pollution. We also would like to see that the government takes the issue of pollution seriously and strongly enforces penalties against violators”, Nsuke said.

He regretted that food production, which traditionally had been Ogoni’s greatest assets and predominant occupation, has significantly declined with cases of deaths due to hunger now reported in Ogoni.

“One thing we had and had in abundance is food. But unfortunately, Shell’s environmental war on Ogoni has rendered most of the land useless. Ogoni today rely on imported food and families struggle to support themselves with dwindling agricultural yields.

“Government has a responsibility to protect the Ogoni population and the entire Niger Delta from its ultimate death and the first step it should take is to halt the pollution of the lands and environment.”