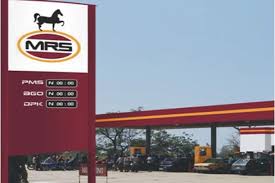 A memo signed by the Company’s Secretary, Mrs. O.M. Jafojo to the Nigerian Stock Exchange, NSE on Monday and seen by SweetcrudeReports, stated that Mr. Agutu has been immediately replaced by Mr. Samson Adejonwo.

Mr. Agutu’s resignation follows those of two other Board members, Mrs. Priscilla Thorpe-Monclus, a Managing Director and Director of the company; and Mr. Christopher Okorie who recently resigned as Directors of the company.

No further explanation was given about his resignation.

According to the memo, Board and Management of the Company commended Mr. Agutu’s “financial proficiency”, which it said “influenced the growth of the company” during his tenure.

The new CFO, Mr. Adejonwo has over twelve years experience in Accounting and Management.

He holds an MBA degree in International Business Management from Lagos State University and he is an Associate Member of the Institute of Chartered Accountant of Nigeria.

Until his appointment as the new CFO, he was the Finance Manager of MRS Oil and Gas Company Limited.