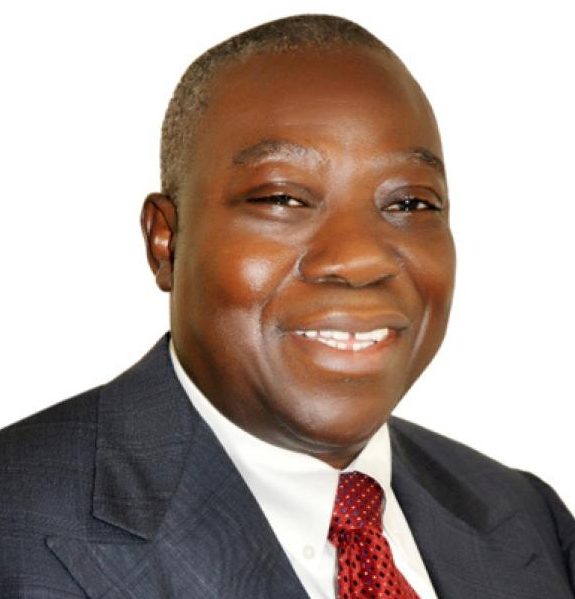 *Chairman of the Board of the Nigerian Ports Authority, NPA, Mr. Emmanuel Adesoye.

Lagos — THE former Chairman of the Board of the Nigerian Ports Authority, NPA, Mr. Emmanuel Adesoye, has said that his only regrets was the inability to resolve the perennial gridlock and the bad state of the Apapa road and access in and out of the port facilities.

Speaking to Sweetcrudereports on the sideline of the commissioning of two tug boats by the management of the NPA led by its current Chairman, Mr. Akin Ricket, Adesoye said that he wished his Board was able to find a lasting solution to the gridlock and create a freer access road into the ports so that cargoes can be evacuated as soon as they are cleared.

He said, however, they were able to push the issue on the front burner of national discuss to the notice of the authority, a development that made the government to take a decision on reconstruction of the roads in and around Apapa.

He expressed gratitude to the Hadiza Bala Usman led team for all the great support he received as Board Chairman adding that it was such support that enabled his Board’s modest achievements.

He stated: “My greatest achievement was the tremendous support I received from the Hadiza Bala Usman management team during my tenure as Chairman, which support remains something I will forever be grateful for.

“It was a Board without rancor as we were able to resolve issues as they arouse and immediately these issues were resolved, we moved on other things that helped the maritime to move forward.

“The dynamic leadership direction Hadiza provided also helped the Board to work harmoniously with the management.”

On what he would do better if he had the opportunity of becoming Chairman again, Adesoye said that the issue of the port access will be a priority for him adding that when the ports are efficient in their operations, it will translate to more revenue for the authority and consequently for the economy.