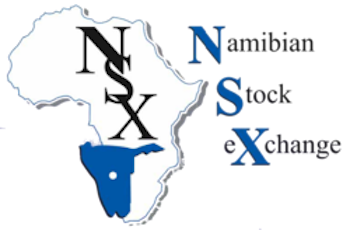 Windhoek — THE Namibian Stock Exchange has listed an energy company for the first time, a good sign of deepening and diversifying Namibian capital markets.

This was the view of NSX chief executive officer Tiaan Bazuin at the official announcement of Alpha Namibia Industries Renewable Power Limited (Anirep)’s listing on the NSX’s development capital board.

There are 40 companies listed on all the boards of the premier exchange, with the development board listing five mining companies. The 40 companies are spread over the financial, mining, consumer goods retail, real estate, technology hardware and equipment as well as the health sector.

“The listing of Anirep brings both deepening and diversification of the Namibian capital markets, with Anirep being the first company to list in the energy sector on the NSX,” Bazuin said.

According to a statement issued on Wednesday, the NSX had required of Anirep to raise N$50 million before listing. It raised more than the required amount.

“The board of Anirep is pleased to announce that the company has successfully raised an amount in excess of N$110 million,” read the statement.

The offer to selected investors was to subscribe for a total of 25 000 000 ordinary shares, with an issue consideration of N$250 million.
Anirep will be listing as a capital pool company, following the structure of Nimbus Infrastructure Limited, while given a two-year window to deploy the raised capital.

“Anirep is currently looking at potential transactions in the renewable energy space from generation, transmission and distribution. The targets will be winnowed through a strategic value chain analysis framework from a pool of development, construction and operations of viable assets,” the company said yesterday.

The company was established in 2018 to facilitate the investment of long-term capital in infrastructural renewable energy projects in Namibia and sub-Saharan Africa, especially around renewable energy generation, transmission and distribution.

They said they have a keen interest in leveraging the modified single buyer model as approved by Cabinet in April 2019. The deregulations of the electricity supply industry in Namibia can lead to the consolidation of hitherto fragmented IPP players.

According to a statement issued yesterday, details of the finalised share capital and the subscriber spread will be issued within 14 days of listing.

Former GIPF principal officer between 1999 until 2011, Primus Hango is the chairman to Anirep’s board. Hango was also the chairman of the NSX in 2011. Other members to the board include Capricorn Investment Group Limited’s Gida Nakazibwe-Sekandi, Phillemon Kambala and Chartered Accountant Annegret Müseler.