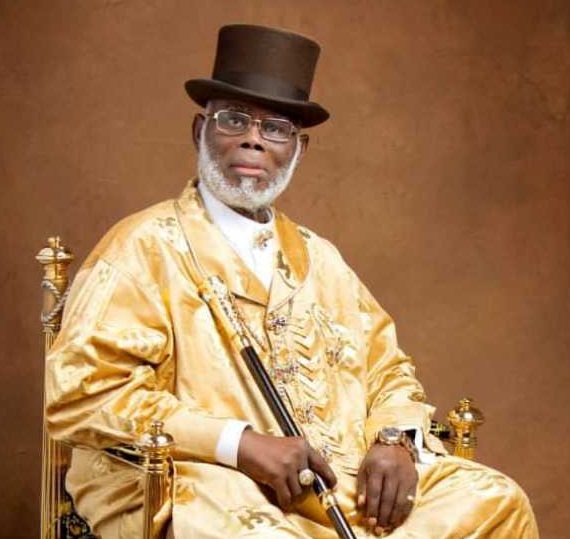 Port Harcourt — Tributes and encomiums have continued to pour in on the late Rivers State oil mogul, billionaire, politician and philanthropist, High Chief O. B. Lulu-Briggs, who died at age 88.

Lulu-Briggs, until his demise was the Executive President and Founder of MoniPulo Petroleum Development Limited, operators of OML114, located in eastern lobe of the Niger Delta.

The billionaire died in December 2018 after a protracted illness, amidst controversy within his family and would be buried on Saturday, March 13th, 2021 in his country home of Abonnema, Akuku-Toru Local Government Area of Rivers State.

Captains of industries, politicians, statesmen and national leaders, who paid him their last respect at the service of songs for his honour in Port Harcourt, described the late billionaire as a great man, who impacted many lives.

A board member of the Nigerian National Petroleum Corporation, Sen. Magnus Abe, described the late billionaire as the pillar and foundation of social, economic and political lives of many people.

“There are so many things in the life of OB Lulu-Briggs that we should learn from. I have severally described him as a pillar and foundation of our social, political and economic life, as a contributor and a doer. He was not just a talker and in so many ways, he’s a leading example of what greatness can be.

“Today, we are not mourning but celebrating Chief O.B Lulu-Briggs, his work will continue to live in all of us. He was a giver, a good man, compassionate and reached out to many people and impacted many lives. May God bless his soul.”

Also, the Managing Director of Heritage Bank Plc, Mr Ifie Sekibo, said the late billionaire guided and helped him to set up International Energy Insurance Company as well as in acquiring and setting up Heritage Bank.

“High Chief O.B Lulu-Briggs was a man who would throw you into the middle of the ocean and guide you on how to swim. He picked me up when I was jobless and hopeless and with his help, the International Energy Insurance Company was formed, a ten year old bank was revived into Heritage Bank Plc.”

Also speaking, an elder statesman and former President of the Nigerian Bar Association, Chief O.C.J Okocha, SAN, described the late octogenarian as a great man and a philanthropist per excellence.

“A lot have been said about him, his political exploits, philanthropy and the heights he rose to. He was a proud son of the kalabari nation and from a very humble beginning. I celebrate this man with love in my heart and honour for him and his generations yet unborn.

“This man touched many lives not just by his philanthropy, I know many outreaches he carried out through MoniPulo and O.B Lulu-Briggs foundation engaged in.

“He took care of widows, destitutes and carried out several medical outreaches in so many communities. He instituted scholarships for so many students, including students at the Nigerian Law School. I have no doubt that there is place reserved for him in paradise.”

For his part, a son of the late billionaire and politician, Chief Dumo Lulu-Briggs, said his father who was from a very humble beginning, embraced the world with philanthropy when he became affluent.

Dumo who spoke glowingly and fondly of his father, said he learnt from his father that one’s background was never an hindrance to their greatness in life.

“My father was from a very humble beginning. He was once a truck pusher, agricultural labourer, a policeman, a clerk in the NPA. A man, who because of his very difficult beginning didn’t have more than four years of formal education all his life, grew to become a great man that he was.

“It gladdens our heart to know that even when affluence came, he embraced the world with the warmth of that affluence and gave like giving was getting out of fashion.

“He taught me that your background is not the reason your back is on the ground, you can always get moving.”