Lagos — The Executive Secretary of the Nigerian Content Development and Monitoring Board (NCDMB), Engr. Simbi Kesiye Wabote has lauded Caverton Offshore Support Group on its growth towards being a fully integrated offshore support company in Sub-Saharan Africa. 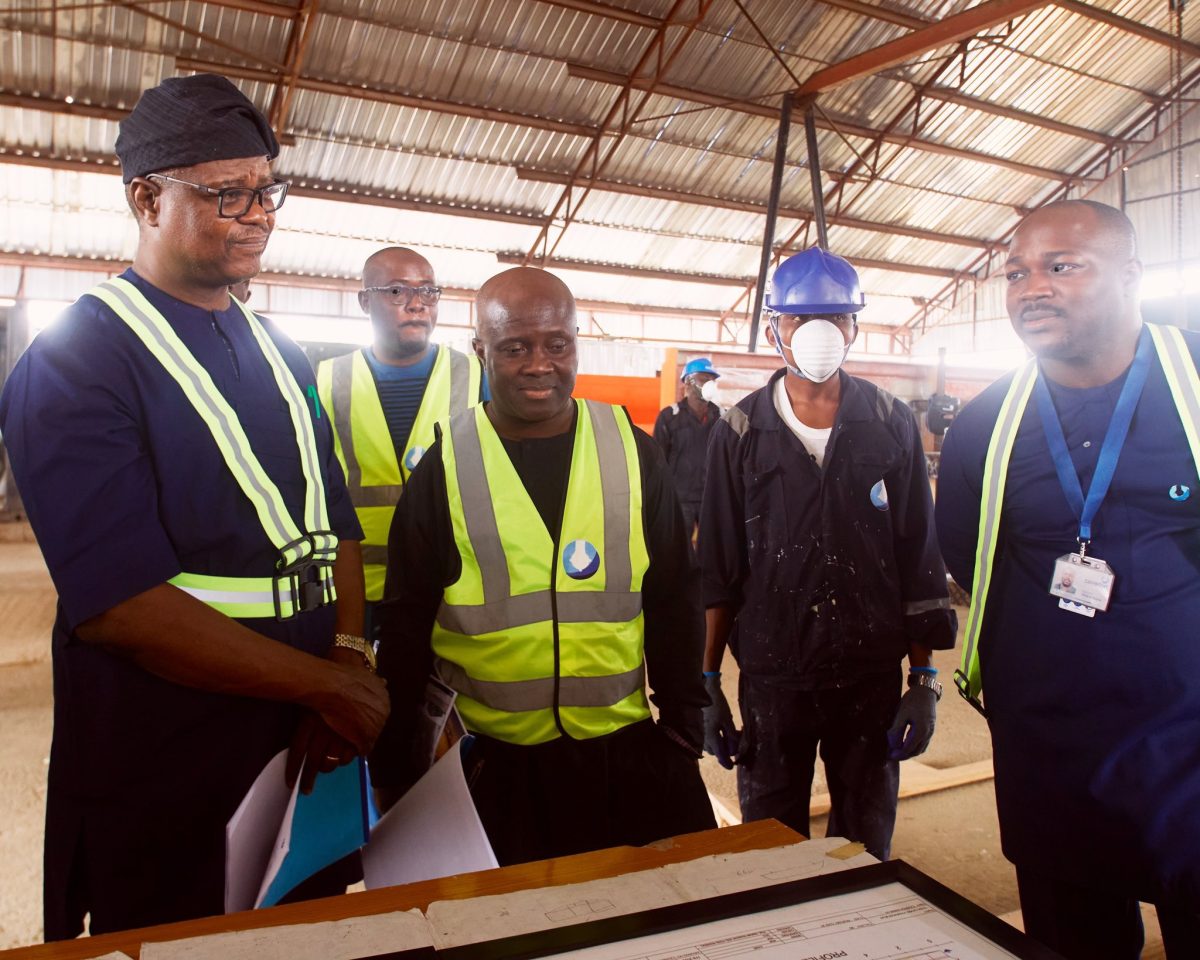 *NCDMB and Caverton personnel during the visit

The Executive Secretary expressed delight in the company’s achievements, especially in the direction of capacity building to create in-country value and job opportunities for Nigerians.

He also extolled Caverton Marine for its industry best practice through its certification and classification by Bureau Veritas which is exactly the direction the Board is pushing for.

He enumerated some of the targets of the Nigerian Oil and Gas Industry Content Development (NOGICD) 2010 which are to promote value addition and develop sectorial linkages to the national economy and stimulate growth and industrial development.

He hinted that the impact of the Act includes leveraging on specialized indigenous skills from the petroleum industry to ancillary sectors of the economy such as shipping operations, boat building and seafaring.

He also commended the company’s staff participation in the Boat Fabrication facility which shows technology transfer, advising the company to go into Research and Development to see how some of its raw materials which are being imported will be sourced in Nigeria to increase in-country spend in terms of direct and indirect employment in support of the Board’s vision. Such a strategy, he says, will help stem unemployment by taking youths off the streets and making them resourceful.

Engr. Wabote further noted that the key essence of the marine vessel categorization scheme was to identify Nigerians with genuine titles to vessels. He added that the scheme had become successful as over 40 percent of marine vessels operating in the oil and gas industry are now owned by Nigerians.

He added that the Board has set out local content targets that must be met to sustain the job creation drive of the Federal Government. He assured that the Board will continue to partner with critical stakeholders for the development and industrialization of Nigeria.

In his remarks, the Chief Operating Officer of Caverton Marine Limited, Mr. Rotimi Makanjuola thanked the NCDMB for the inspection visit and disclosed that the company is a huge beneficiary of local content development. He noted some of the policies the Board had put in place to encourage Nigerian companies to reach their potential and compete not just locally but internationally.

Mr. Makanjuola remarked that the company takes standardization seriously and has taken its quality assurance to the highest level. He stated that the Caverton prototype Waterbus is a very good product, hinting that some work will still be done to improve the quality, stressing that the firm remains committed to developing local capacity.

He also dwelt on the company’s Community Content policy stating that the company has met with the community leaders and the local government and has assured them that once expansion starts, members of the community will be trained and absorbed as a way of giving back to the community.

The voyage to the Caverton Boat Fabrication Yard at Badore began at the company’s Ozumba Mbadiwe Jetty in Victoria Island with its prototype Waterbus which ferried the NCDMB team and staff of Caverton for the inspection.