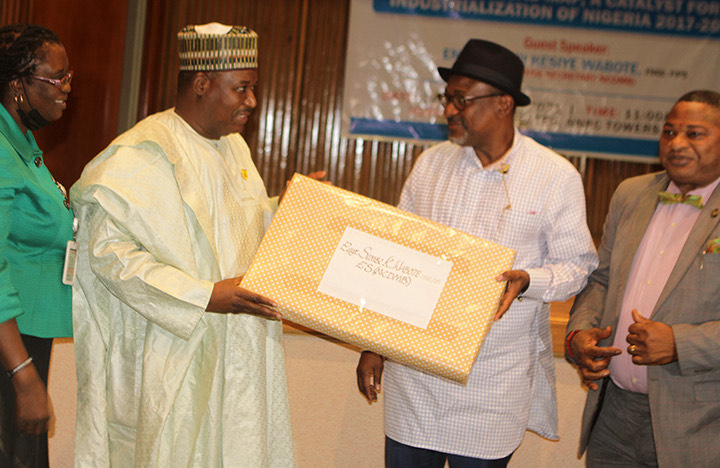 Lagos — Four major projects being developed by investors in partnership with the Nigerian Content Development and Monitoring Board (NCDMB) would be completed before the end of 2021, the Executive Secretary NCDMB, Engr. Simbi Kesiye Wabote has disclosed.

The projects include the Rungas facility in Polaku, Bayelsa State that would manufacture 400,000 units of Composite LPG Cylinders per annum and BUNORR production plant in Port Harcourt, Rivers State, which would produce 48,000 litres of base oil per day.

The Executive Secretary spoke on Thursday in Abuja at the one-day workshop on the “NCDMB Roadmap, A Catalyst for the Industrialization of Nigeria 2017-2027,” organised by the Reform Coordination and Service Improvement Department of the Ministry of Petroleum Resources.

He also said that five Liquified Petroleum Gas (LPG) storage/bottling plants and six LPG Depots being developed in partnership with Butane Energy Limited in 10 states in the North and Abuja would be completed in two phases – six in quarter 1 of 2022 and the rest in quarter 4 of 2022, with the opportunity to create 1,900 direct, indirect, and induced jobs.

Wabote also hinted that the Board was partnering with the Lagos Deep Offshore Logistics Base (LADOL) to develop a 24 megawatts power plant at Takwa Bay, Lagos State to provide uninterrupted power supply to the free zone which hosts key facilities required to service the oil and gas industry. The project is expected to generate 400 jobs.

According to him, the Board’s partnership investments cut across modular refineries, LPG value chain, and other areas. He stated that that the Board had 23 project sites spread across Abuja, Bayelsa, Bauchi, Delta, Edo, Gombe and Imo State. Other locations include, Jigawa, Kaduna, Katsina, Kano, Lagos, Nasarawa,Niger Plateau, Rivers, and Zamfara states.

The NCDMB boss explained that the Board committed equity investments into strategic projects that align with Government’s policies with a view to catalysing them to success and would exit once those businesses become successful. The investments were also in line with the Board’s vision “to be a catalyst for the industrialization of the Nigerian oil and gas industry and its linkage sectors,” he added.

Commenting on the functions of NCDMB and the Nigerian Content 10-year Strategic Roadmap, Wabote reported that the Board had recorded considerable progress with the implementation of the roadmap and had grown Nigerian Content from 26 percent to 35 percent within four years and was on track to achieve 70 percent by 2027.

On the US$350m Nigerian Content Intervention Fund, which provides affordable and accessible credit to qualified oil and gas companies, he described it as one of the most successful funding schemes in the country, hinting that the repayment rate by beneficiaries has been 99 percent.

In his comments, the Permanent Secretary, Ministry of Petroleum Resources, Dr. Nasir Sani Gwarzo lauded NCDMB for its achievements, adding that the Board was on the right trajectory in implementing it mandate and impacting linkage sectors. He charged the Executive Secretary to remain committed to the same trajectory of deepening Local Content implementation for the benefit of the economy and Nigerians.

He said the workshop was the first edition of enlightenment series conceived to educate personnel in the ministry on the operations of agencies under the ministry. He promised to deliver a report on the workshop to the Head of Service of the Federation and expressed hope that other ministries would inaugurate similar programmes and use them to build an informed and reformed civil service.