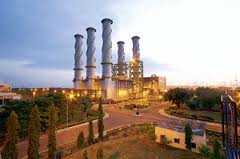 29 February 2012, Sweetcrude, Abuja – The National Council on Privatisation (NCP) has approved that State Governments should have the ability to provide for increased access to electricity to their citizens by reaching an agreement with the relevant distribution company whereby the state will make a contribution to the capital expenditure required to rehabilitate and/or expand the network within that state.

At its first meeting for 2012 which was held at the Presidential Villa, Abuja, the NCP also endorsed that the percentage of equity that State Governments hold in a distribution company will be determined through independent valuation of actual investments by the respective states in the distribution network.

The valuation will be determined by an independent agency jointly appointed by the State Governments and the Nigerian Electricity Regulatory Commission (NERC.)

It also endorsed that the workers’ allotment would not exceed a maximum of 2% of the overall shares or 10% of the Federal Government shares in each distribution company; whichever is lower.

NCP also approved that shareholders’ agreements will be signed between the Governments and core investors in each distribution company that will explicitly provide for automatic dilution of any Government shareholding where there is a failure to meet payment deadlines.

The NCP, which is chaired by Vice President Namadi Sambo, also approved that State Governments through reaching an agreement with the relevant distribution company should be allowed to increase access to electricity to their citizens.
In accordance with the Independent Electricity Distribution Network (IEDN) regulation to be enacted by the Nigerian Electricity Regulatory Commission (NERC), a State that desires to build independent electricity distribution networks within areas of its State not currently served within each distribution franchise area could do so. This would be subject to such a State being licensed to do so by NERC without unnecessary delay.

It would be recalled that the NCP had at its meeting of October 31, 2011 deferred decisions on post-privatization shareholding structure of distribution companies pending when an agreement is reached with the state governments. NCP had also directed BPE and NERC to make presentations to the meeting of the National Economic Council (NEC) that followed the NCP meeting.

On the basis of the presentations and the attendant discussions, the Vice-President and Chairman of NEC had constituted an Ad-hoc Committee on power sector reform to further deliberate on the issues raised and make necessary recommendations to NEC.

Subsequently, the Ad-hoc Committee chaired by the Governor of Cross River State had met on January 25, 2012 and agreed on the issues in dispute which were eventually approved by NEC on January 26, 2012.