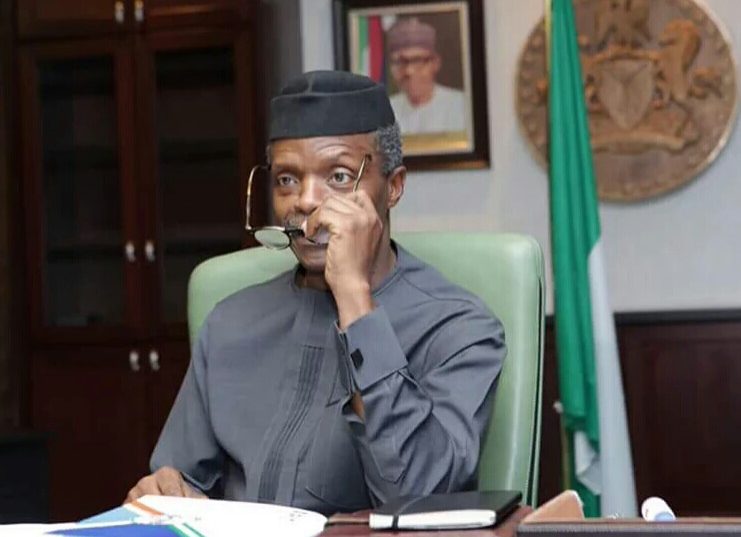 03 January 2019, Sweetcrude, Warri, Delta State — Vice President Yemi Osibanjo has again been urged to meet with contractors of the Niger Delta Development Commission to resolve challenges over completed jobs that have not been paid for.

Speaking through Chairman Restoration and Progress Association, Mr. Joe Adia, the contractors said many of them were still being owed for jobs completed five years ago, adding that in some cases the amount was as low as two million five hundred thousand Naira.

They said it was sad that after their earlier appeal to meet with the Vice President had not deemed it fit to oblige them the request.

The contractors said they were ready to delegate a handful to meet with the Vice President, adding that the continued delay in paying them for a job completed several years ago was causing them financial dislocations.

“How can we explain a singular case of a project completed and commissioned since 2013 which is just Twenty Two point Four Million (N22.4 Million Naira) that has not been paid till date in Oleh, Isoko South Local Government Area Delta State and transformer installations that are Two point Five Million each (N2.5 Million Naira) so many that are owed for over 5years, just to mention the smallest cases.

Sir, the NDDC Contractors have completely lost hope of ever getting paid for projects completed in NDDC,” he said.

“Sir, we will so appreciate if you can invite and meet with about 5 to 10 of us, representing the Contractors for even thirty minutes. We are expecting your urgent response,” he added.

The contractors said the successor should not be a politician, adding that this will enable him to transform the place within a space of three months.

“The Chairman and the Managing Director are supposed to resign in January because they are contesting in the forthcoming elections. We are suggesting that a very competent technocrat who is not having any political ambition be brought in as the Acting Managing Director till a new board is constituted because this board has actually finished its tenure.

We believe NDDC can be transformed in three months if the right person is put there,” he said.