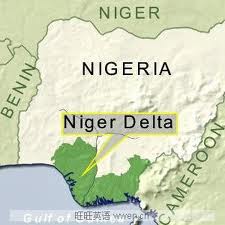 Speaking during a courtesy visit to the Managing Director of the commission, Dr. Christian Oboh at his office in Port Harcourt, Chairman Oil Producing Areas Contractors Association, Elder Ernest Egbe, said the delay was slowing the commission’s projects in the region.

He enjoined the Managing Director to assist in addressing the challenges, adding that the NDDC boss should come up with measures to tackle the problem of missing APGs and IPCs in the commission.

He assured that as contractors, they would partner with the new board to make it deliver on its mandate in the region. A member of the group, Mrs Gladys Amos also enjoined the NDDC boss to tackle the issues raised.

Dr. Oboh said about 60 per cent of IPCs had been paid, adding that as soon as harmonisation of the budget was concluded, the commission would begin to act on pending APGs.

He appealed to contractors in the region to endeavour to come under a common umbrella. According to him, he had earlier in the day met with another group of contractors with the name Niger Delta Indigenous Contractors Association (NDICA).