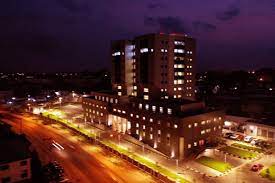 This is as the Federal Government on Thursday, announced the sacking of the NDDC boss, Effiong Akwa, although without stating reasons for the sack.

Reacting, the apex Ijaw youth group said it was particularly elated that President Buhari has ended the era of interim administrations of NDDC, which according to the group, had crippled the commission and denied all member states equal participation in the activities of the interventionist agency as envisioned by the Act establishing it.

The President of IYC, Mr. Peter Timothy Igbifa, said Buhari’s order that the Board of the NDDC should be immediately reconstituted in line with the Act was long overdue.

While acknowledging that it was better late than never, Igbifa recalled that the IYC led by him had through various actions bemoaned the leadership style introduced in NDDC by the Buhari’s administration and called for a substantive board.

“Though we are happy that President Muhammadu Buhari has finally ended the notorious era of interim administrations in the NDDC, we believe it is long overdue. But it is better late than never.

“We recall our various protests against the managerial style that had crippled the commission and deprived member states of equal representation. But now that the President has given a marching order, we only hope that those saddled with the responsibility of implementing it will act fast to save the image of the President.

“We have noticed in the past how the President’s orders were disregarded by his aides, who were more concerned about protecting their personal interests than the national interests with total disregard to the image of their principal”.