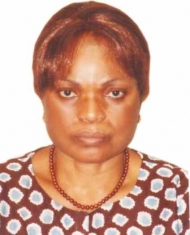 Acting Managing Director of the Commission, Osato Iyasere Arenyeka, made the call at the Commission’s corporate headquarters in Port Harcourt while meeting with contractors handling NDDC projects in the nine states of the Niger Delta.

Arenyeka said the meeting was summoned to fashion out how best the new leadership of the Commission and the contractors can improve the process for the implementation and delivery of projects in order to improve the living conditions of the people of the region.

Describing this as the number one priority of NDDC. she assured that outstanding interim payment certificates (IPCs) were being compiled and performing contractors would be paid once a new Board for the Commission was reconstituted by President Goodluck Jonathan.

The NDDC boss solicited the support of the contractors for President Jonathan’s transformation agenda, as well as the changes he is making to make NDDC perform better by delivering projects that meet specifications, insisting that the Commission would not pay for shoddy jobs.

“We have discovered that some of our projects are failing, especially road projects. A road that was constructed this year now has potholes. I’ve called you to find out what is the problem”, she said.

At an interactive session that followed, some contractors identified the challenges facing the projects to include timely payment of IPCS, project design, community issues and bureaucratic bottlenecks.