on: November 06, 2017In: Community Development, featured 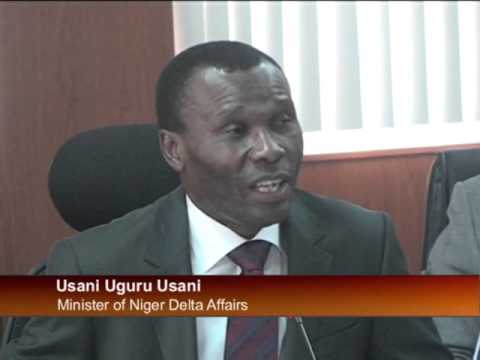 07 November 2017, Sweetcrude, Abuja – The Minister of Niger Delta Affairs, Pastor Usani Usani, on Monday met behind closed doors with President Muhammadu Buhari, over threats by the militant Niger Delta Avengers to call off its ceasefire with the government and resume attacks on oil and gas pipelines located in the region.

The meeting held at the Presidential Villa was meant to brief the President on the ongoing efforts to reposition the oil-rich region.

In an interview with State House correspondents after the meeting, the minister appealed to the militants to be more patient with the government.

He said the government was also committed to the development of the region which the Niger Delta Avengers are also demanding.

Boroh, who is also Special Adviser to the President on Niger Delta Matters, noted in an interview with the News Agency of Nigeria on Monday in Abuja, that the planned resumption of hostilities would be devastating to the nation’s economy.

The group in a statement by its spokesperson, self-styled: “Maj.-Gen. Murdoch Agbinibo,” claimed that the Federal government has not lived up to its own end of the bargain, even as it disowned the Pan Niger Delta Forum, PANDEF, who are intermediaries between it and the government.

Boroh said the appeal by the Ijaw elder statesman and leader of the PANDEF, Chief Edwin Clark, to the NDA to maintain peace was in the interest of the region, adding that the appeal followed a crucial meeting with government delegation.

According to him, violence sometimes may have cleared away obstructions quickly, but it never had proved to be creative.

Boroh urged the avengers to be desirous of a peaceful society; adding peace was paramount for national development.

The presidential aide said peace could only be achieved by understanding and not by force.

“Peace comes from being able to contribute the best we could to create a region that supports everyone. But it is also securing the space for others to contribute and that’s what President Buhari’s administration is doing.

“The new vision for the Niger Delta will provide mass job opportunities for the youths and help fasten the development of the region,” he added.

He, however, advised the group to make a difference and halt the violence that would devastate the nation’s economy.

The Coordinator appealed to the group to adopt dialogue instead of violence. He lauded the group for the ceasefire five months ago and appealed it should be sustained no matter their grievances.

The presidential aide appealed to the group not to blow up pipelines and oil installations in the region; adding that it would be an economic sabotage against the nation.